Sudan`s Transitional Military Council and the opposition have been at loggerheads over how long it will take to move to civilian rule after the military removed Omar al-Bashir as president on April 11. 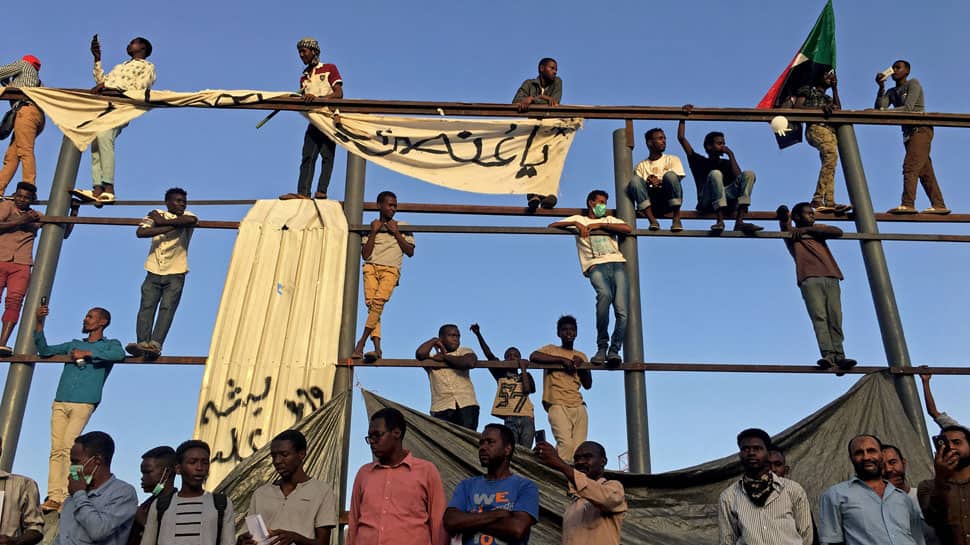 KHARTOUM: About 100 Sudanese judges demanding civilian rule marched on Thursday from the Supreme Court in Khartoum towards an opposition sit-in outside the Defence Ministry, joining anti-government protests for the first time, a Reuters witness said.

Wearing their black robes, some of the judges carried signs reading "judges for change" as they marched through central Khartoum, the witness said.
"Civilian, civilian, protected by the judiciary", they chanted.

Sudan`s Transitional Military Council (TMC) and the opposition have been at loggerheads over how long it will take to move to civilian rule after the military removed Omar al-Bashir as president on April 11.

After ousting Bashir following months of protests against his 30-year rule, the military established the TMC to run Sudan for a period of up to two years.
Thursday`s march is the first by judges in Sudan since before Bashir took power in an Islamist-backed military coup in 1989.

"We demand the removal of symbols of the former regime from the judiciary and the dismissal of the head of the judiciary to achieve justice."

Shortly after the march began, the TMC announced it would retain "sovereign authority only", while civilians would hold the post of prime minister and head all government ministries.

"The Transitional Military Council has the sovereign authority only, while the head of the cabinet, the civilian government and all the executive authority will be completely civilian," TMC spokesman Shams El Din Kabbashi told al Arabiya television.

The opposition has demanded a rapid handover of power to civilians. The sit-in outside the Defence Ministry, which began five days before Bashir`s removal, has continued as protest leaders press for faster and deeper change.

The Sudanese Professionals` Association, which spearheaded the anti-Bashir protests, called for a million-strong march to take place at the Defence Ministry on Thursday.

On Wednesday evening, the opposition and the TMC agreed to form a committee to resolve their differences.

One of the SPA`s demands was that the three lieutenant-generals be dismissed and tried over their alleged role in a crackdown that killed dozens of protesters.

The SPA has insisted a civilian ruling council with representation for the military should take over.

Dozens of protesters gathered outside Egypt`s embassy in Khartoum to demand President Abdel Fattah al-Sisi not interefere in Sudan, footage aired by Al Jazeera Mubasher showed.  "Tell Sisi this is Sudan, your borders are just (until) Aswan", they chanted.

At a Cairo meeting led by Sisi on Tuesday, African leaders agreed to give the TMC three months to implement democratic reforms, extending a 15-day deadline set by the African Union last week. Sisi holds the rotating African Union presidency.