Both Sukhoi Su-57E and Il-112VE light military transport aircraft have been cleared for export with the mandatory permits. With a reduced radar and infrared signature, the Su-57 enjoys unparalled advantage over the 4th and 4++ Generation fighters currently in service with the air forces around the world, according to Rosoboronexport and Sukhoi Aircraft Company. 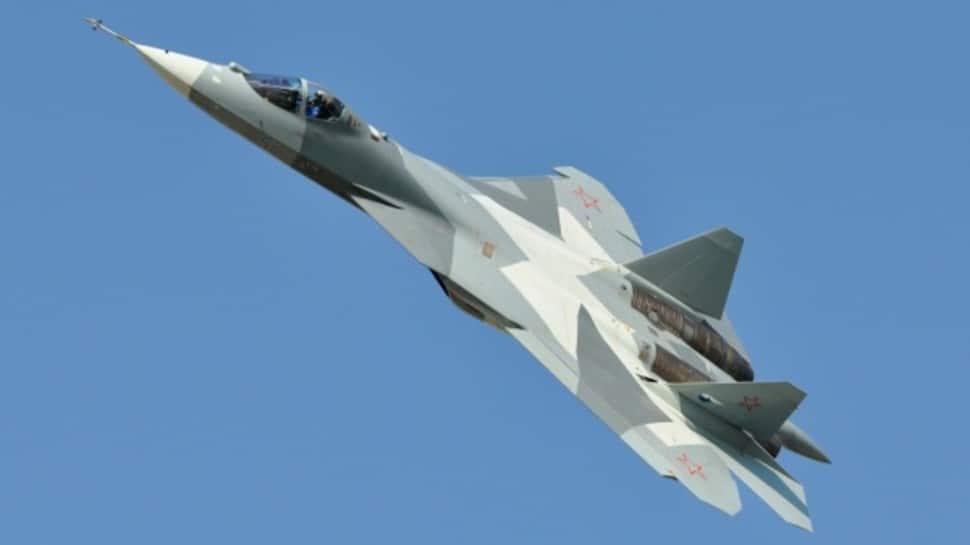 Sukhoi Su-57E, the export version of Russia's 5th Generation stealth fighter, will be unveiled during the August 27-September 1 MAKS 2019 international air show. The air show will be the first time ever when foreign experts will witness the Su-57E.

Russia's only state intermediary agency for exports/imports of defence-related and dual-use products, technologies and services, Rosoboronexport, gave the information in a press release on August 16. According to Rosoboronexport MAKS 2019 will feature some of the latest Russian fighter aircraft and related technologies. The most prominent among them are Su-57E fighter jet from Sukhoi (manufactured by KоAAP named after Yuri Gagarin) and Il-112VE light military transport aircraft from Ilyushin (built by VACM).

"MAKS is a traditional platform for aviation premieres. This year, Rostec’s display includes 250+ new models of aircraft, avionics, aircraft engines and airfield equipment, including over 40 items that are being showcased at MAKS for the first time. I am sure these products will attract a lot of attention of our foreign partners,” said Rostec CEO Sergey Chemezov. MAKS international air show is a biannual event organised at Zhukovsky International Airport, near Moscow.

"At MAKS 2019, Russian manufacturers will be unveiling the fifth-generation Su-57E multi-role fighter jet and the Il-112VE light military transport aircraft, the hottest and most anticipated new products of recent years. Rosoboronexport is ready, at the request of foreign partners, to present these aircraft and turn a new page in promoting state-of-the-art aircraft systems in the world market. I’m sure the interest in them will be massive,” said Alexander Mikheev, Rosoboronexport’s Director General and Deputy Chairman of the Russian Engineering Union.

Both Su-57E and Il-112VE light military transport aircraft have been cleared for export with the mandatory permits. According to Russian defence experts, the Su-57 has already been combat-tested during the Syrian civil war. The fighter is capable of engaging and destroying serial, ground and surface targets in any weather, day or night, and even in a severe jamming environment.

With a reduced radar and infrared signature, the Su-57 enjoys unparalled advantage over the 4th and 4++ Generation fighters currently in service with the air forces around the world, according to Rosoboronexport and Sukhoi Aircraft Company.

The Su-57 has already enetered mass production with the Sukhoi Aircraft Company on July 29, 2019, releasing a brochure on its 80th anniversary that a contract with the Russian Defence Ministry has been signed for over 70 single-seat, twin-engine multirole jets. The Su-57 is Russia's only 5th Generation combat aircraft and is comparable to the F-22 Raptors and F-35 Lightning II jets of the United States of America.