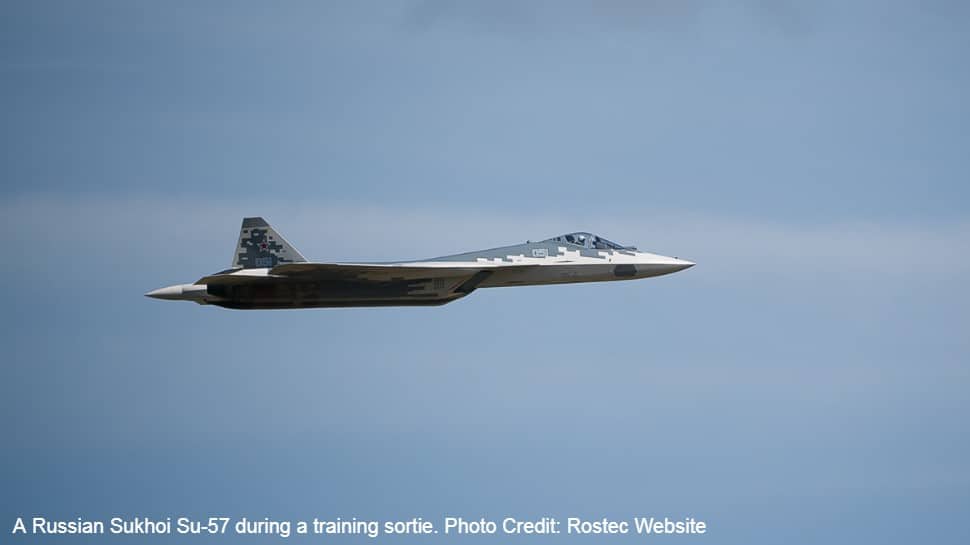 Russia is going ahead with the development of 6th Generation combat aircraft which is expected to be unmanned but there will be an option of putting in a pilot in the fighter jet even as its Aerospace Force is in the process of putting the 5th Generation stealth Sukhoi Su-57 fighter into active service. According to Russia's State Scientific Research Institute of Aviation Systems (GosNIIAS), the 6th Generation fighter will have technologies which are still under development.

"Work on the sixth generation is already underway. The main difference from the fifth generation will lie in the fact that the basic version of the sixth-generation fighter is expected to be unmanned. The possibility of pilot control will be optional. All the other characteristics represent a further development of the already existing ones. (The sixth-generation fighters will be) even faster, even more manoeuvrable, even more imperceptible, and so on," GosNIIAS Director-General Sergey Khokhlov was quoted as saying by the Russian news website Sputnik.

Russian Aerospace Force will be operating the Su-57 as part of its active fleet by the end of 2019. The force has ordered 76 Su-57s. The aircraft was combat-tested in Syria during February 2018 and is the only 5th Generation stealth fighter other than the F-22 Raptor and F-35 Lightning II of the United States in active service.