Scientists at the National Aeronautics and Space Administration (NASA) using computer simulations revealed that the supermassive black holes may also generate Tsunami-like structures in the universe. 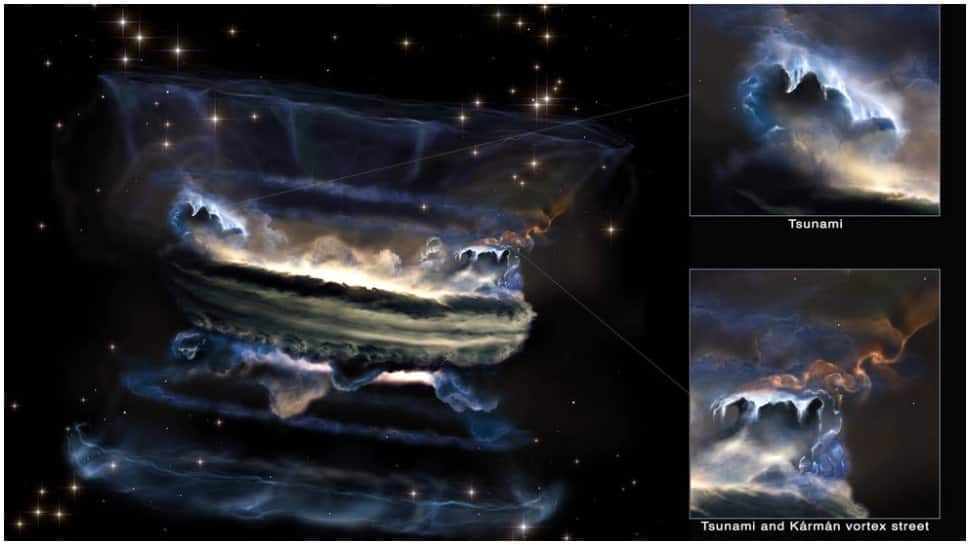 Washington: We all are well aware of the natural disasters that occur on the earth, especially Tsunami. Earthquakes and underwater volcanic eruptions displace enough ocean water to create a Tsunami. But earth is not the only place in the universe that is hit by the huge sky-high water waves of Tsunami.

Scientists at National Aeronautics and Space Administration (NASA) reveal that the supermassive black holes may also generate Tsunami-like structures in the universe. Black holes are the mysterious object of the universe. What happens inside them are the mystery itself and scientist assume that black holes may unveil new laws of physics. But some of the phenomena that occur on the earth driven by the known laws of physics can elicit some phenomenons occurring in outer space.

“What governs phenomena here on Earth are the laws of physics that can explain things in outer space and even very far outside the black hole,” said Daniel Proga, an astrophysicist at the University of Las Vegas, Nevada.

Astrophysicists at NASA have used computer simulations to show that deep in space, tsunami-like structures may form on much bigger scales, from gas escaping the gravitational pull of a supermassive black hole, stated the American space Agency NASA.

Waves, similar to those on the surface of the ocean may be formed at a distance where the spinning disc of a supermassive black hole loses its grip on the surrounding matter and the atmosphere has a relatively cool temperature. These waves can steepen into spiraling vortex structures that can reach a height of 10 light-years above the disk if interact with hot winds (which can be 10x hotter than the sun).

NASA explaining the image said "this illustration shows a supermassive black hole veiled in dust and strange features in nearby gas. High-energy X-rays from the disk surrounding the black hole interact with this gas and give rise to two unusual features: Tsunamis (light blue "waves" above disk) and a Kármán vortex street (orange)."

Future missions and studies will unveil the mysteries of black holes and will provide stronger evidence backing the phenomenon.

Is Lambda variant of coronavirus more infectious? Experts debate as new strain makes its presence felt across the world