Suspect in shooting of female US sailor killed at Virginia base

The man shot the woman several times in a parking lot at Naval Air Station Oceana at around 6:45 am on Friday. 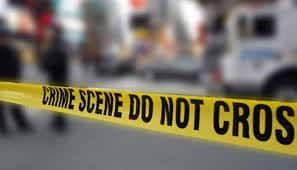 A US Navy sailor shot and wounded a female member of the service during a domestic incident at a sprawling Virginia base on Friday before security officers fatally shot the suspect, officials said.

The man shot the woman several times in a parking lot at Naval Air Station Oceana at around 6:45 am EDT (1045 GMT), said Chad Vincelette, commanding officer of the naval air base. He described the incident as an "isolated domestic shooting." Neither was identified.

"There clearly is some kind of relationship, but I don`t know what it is," Jeff Hood, a Navy spokesman, told Reuters.

Oceana, the main base for naval jet fighters on the U.S. East Coast, declared a lockdown shortly after 7 am EDT (1100 GMT) after a report of shots fired. It returned to normal operations nearly an hour later.

The suspect, armed with a handgun, was spotted by base security officers, and shot and killed, Vincelette said. The motive for the shooting was unknown and under investigation.

The base has a "no weapons policy," Vincelette said, that prohibits the carrying or possession of weapons. Officials often conduct random inspections for prohibited items.

"How the sailor was able to get a weapon on base is part of the ongoing investigation," he said.

The victim suffered nonlife-threatening wounds and was transported to Virginia Beach General Hospital, Vincelette said. A hospital representative declined to comment on her condition.

About 10,500 active Navy personnel are stationed at Naval Air Station Oceana. There are also about 10,000 family members and 4,500 civilian personnel at the base.