Syrian children not targets, appeal all parties involved in conflict to protect them: UNICEF

The United Nations Children's Fund (UNICEF) on Friday said that children were not targets and appealed to all parties involved in the conflict in Syria to protect children and their families at all costs. 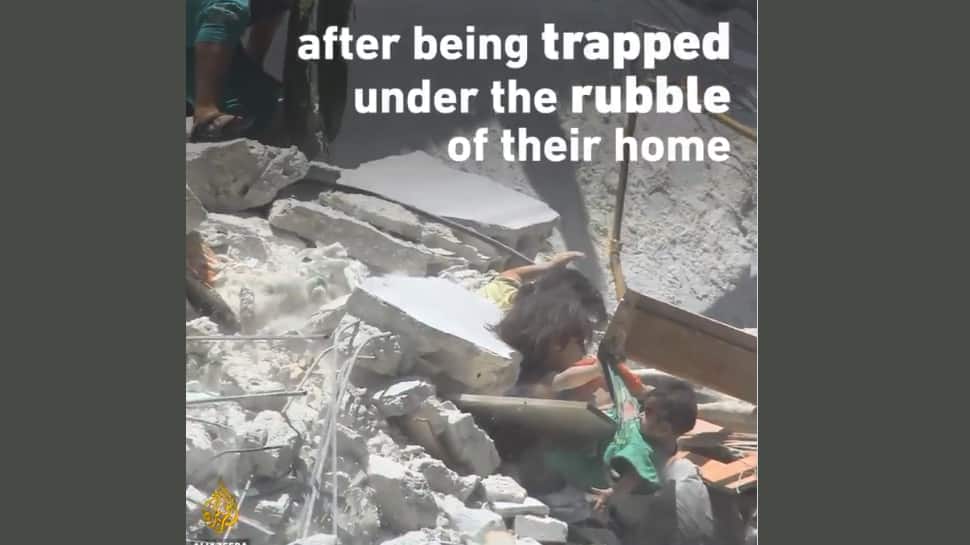 Binnish: The United Nations Children's Fund (UNICEF) on Friday said that children were not targets and appealed to all parties involved in the conflict in Syria to protect children and their families at all costs.

UNICEF made the appeal on its official Twitter handle and posted a video as well, which is going viral on the internet. The video shows two dust-covered girls trapped in the rubble, with one girl grabbing her infant sister by her shirt, as she is dangling from a bombed building.

The video shows three girls who got trapped in the ruin of their house which was bombed down by airstrikes. Behind the girl, there is a man, father of the girls, who is horror-struck as he scrambles down the wreckage to rescue his daughters.

We call on all parties to the conflict in Syria to protect children and their families at all costs. #ChildrenUnderAttack#NotATargetpic.twitter.com/8qIYhuVfmd

According to UNICEF, the building was struck down in airstrikes launched by warplanes on Wednesday belonging to the Syrian government in the town of Ariha in Syria's northwestern province of Idlib.

The jihadist-run region has been the target of regular attacks by the Syrian government and its ally Russia in an attempt to recapture Idlib from rebels and jihadists.

The five-year-old Riham, who was seen grabbing her sister's shirt, died in shortly after the strikes on Wednesday. Her seven-months-old sister Touka, who was seen dangling, was taken to the intensive care unit (ICU) after suffering wounds to her head,  according to reports.

The other sister in the video underwent a chest surgery and is now said to be stable. The mother of the girls and their other siblings who were not part of the video could not survive the airstrikes.

At least 15 people died and several others were injured in the airstrikes carried out by Syria.