Premier Su Tseng-chang said the bill respected the referendum results, although activists had said a separate law for gay marriage was discriminatory. 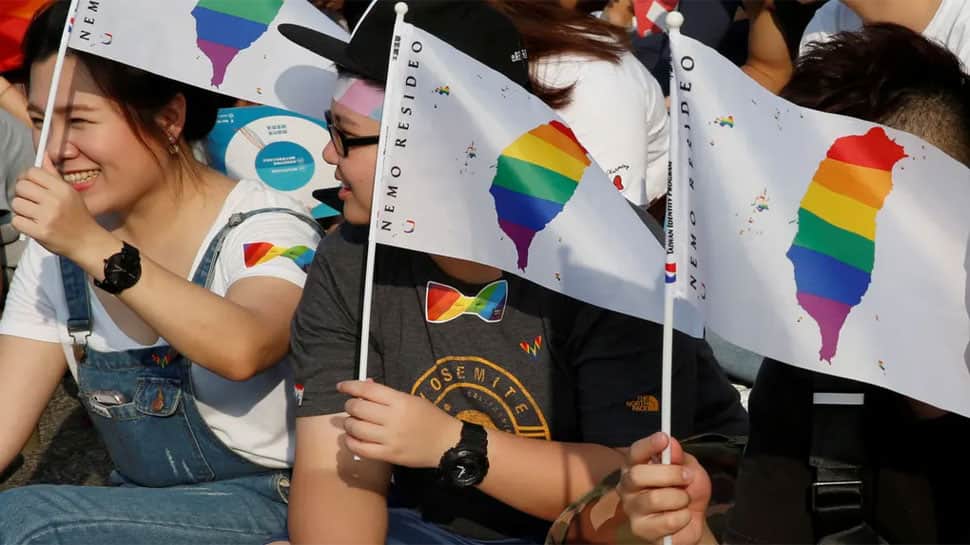 TAIPEI: Taiwan on Thursday proposed a draft law to allow same-sex marriage in Asia`s first such bill, but the legislation was criticised by rights activists and conservative groups amid a heated debate over marriage equality.

Voters opposed marriage equality in a series of referendums late last year, defining marriage as between a man and a woman and asking for a special law to be enacted for same-sex unions. The draft law unveiled by cabinet on Thursday would give same-sex couples similar legal protections for marriage as heterosexuals, but marriage in civil law would remain defined as between a man and woman.

Premier Su Tseng-chang said the bill respected the referendum results, although activists had said a separate law for gay marriage was discriminatory. "Controversies are expected about the proposal, but I really hope our homosexual friends can wait a bit longer," Su said in a statement.

"This might fall short of expectations, but after all it`s a start," he said. Jennifer Lu, coordinator of Marriage Equality Coalition Taiwan, said the draft did not give complete legal protections to same-sex couples. She acknowledged the pressure on the government from all sides, but said activists will continue to fight for equal rights.

Taiwan`s parliament is expected to vote on the draft bill by late May, a deadline for legislation set by the constitutional court in May 2017 when it ruled that same-sex couples had the right to legally marry.

The divisive issue has been a challenge for President Tsai Ing-wen, whose party suffered a major defeat in local elections in November amid criticism over her reform agenda, including marriage equality. Conservative groups that opposed same-sex marriage during the referendum said they will fight the draft bill too. The Coalition for the Happiness of Our Next Generation on Thursday called the draft "unacceptable".