Thailand`s Prime Minister Prayuth Chan-ocha faced opposition questions in parliament for the first time on Thursday as the former junta leader set out his government`s plans. 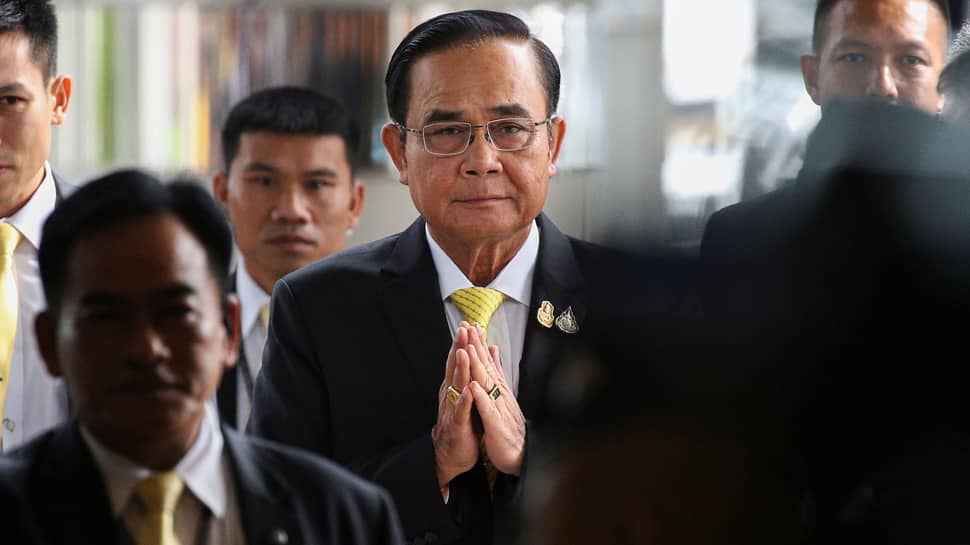 Prayuth took power in a 2014 coup, but has stayed on as prime minister after a general election in March held under a system that opposition parties say was engineered to ensure the military kept its hands on power.

Prayuth, who as junta leader developed a reputation for being dismissive of anyone who disagreed with him, greeted lawmakers by saying "I always missed you all."

As soon as Prayuth started his introduction, he was challenged by a member of the opposition Pheu Thai party to stick to the 66-page policy document and not to offer extra comment. "OK, I will read that out for you. And you will have to follow along," he responded.

The policy priorities, released in summary on Sunday, include trying to encourage economic growth and developing a medical cannabis industry. The top priority is protecting the monarchy.

The most senior figures in the new government are all members of the former junta, but Prayuth needed to build a coalition with 19 other parties to ensure a small majority in the lower house of parliament over those who oppose him.

Asked before his parliament appearance if he was nervous, Prayuth said: "No, I`ve stayed for five years already."