Interacting with students from of a Karnataka school, who had returned recently after visiting NASA and other places in the US, Naidu stressed that India was blessed with many languages and asked students and teachers to give importance to promoting mother tongue, while learning other languages. 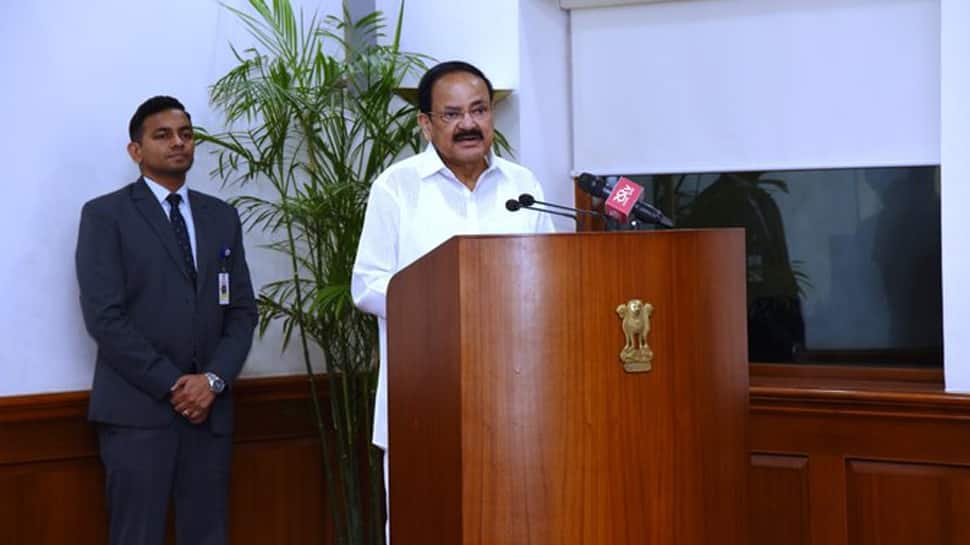 Vice President M Venkaiah Naidu on Friday called upon the people to learn as many languages as possible and asserted that there should not be the imposition of any language, nor should there be opposition to any particular language.

Interacting with students from of a Karnataka school, who had returned recently after visiting NASA and other places in the US, Naidu stressed that India was blessed with many languages and asked students and teachers to give importance to promoting mother tongue, while learning other languages.

Describing travelling as a form of education and good learning experience, the Vice President advised the students to visit all the major tourist places within India to get acquainted with various facets of India’s culture, heritage, languages and cuisine and enhance their understanding of India’s unique cultural mosaic. “Before going out, look within and enhance your knowledge,” he added.

Referring to the call given by Prime Minister Narendra Modi asking people to visit 15 tourist places in India by 2022 to give a boost to the domestic tourism, Naidu advised them to visit historic, spiritual, scenic tourist places in India and explore the cultural heritage of India. “Such visits will enhance your knowledge and give you an insight into our past,” he said.

Asking children to spend time in the lap of nature, the Vice President wanted them to take an active part in protecting and preserving nature and culture. He also called upon them to take a pledge to stop using single-use plastics from October 2 as suggested by the PM.

The Vice President called for revamping the education system and said that it must make students enjoy schooling. “Revamping the curriculum is needed to focus on aspects that make a child curious, creative, caring, communicative, confident and capable,” he added.

He also suggested that the new education policy must focus more on Indian history and cover the contributions made by freedom fighters from different parts of the country. “There are many great stalwarts, who were at the forefront of the fight against the colonial rule. Our children must learn about them,” he said.

Stressing the need to allocate 50 per cent of schooling hours outside classrooms to enhance the physical fitness of the students, Naidu cautioned the students about the growing incidences of non-communicable diseases due to unhealthy lifestyle practices and food habits. Naidu advised them to shun junk food and adopt healthy dietary habits as the Indian food was time tested and prescribed according to the seasons and regions. He advised school administrations to encourage students to take part in voluntary services such as NSS, NCC, Scouts and Guides as they instil the spirit of volunteerism and service in them.