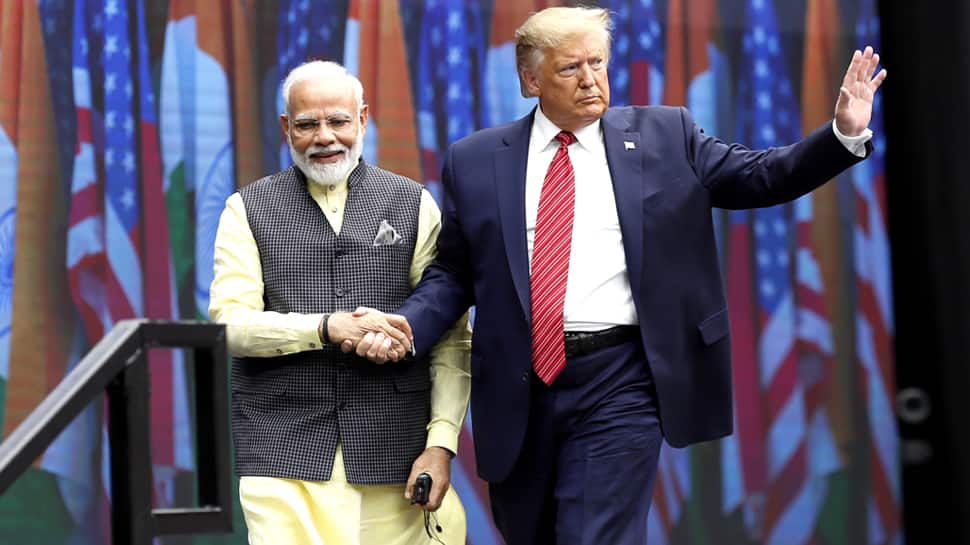 New York: Prime Minister Narendra Modi and US President Donald Trump will sit down for their third bilateral meet, in 2019, on Tuesday afternoon (local time) on the sidelines of the 74th session of the United Nations General Assembly (UNGA) in New York. The meet, at 9.45 pm (IST), comes within 48 hours of both the leaders sharing the stage in Houston, Texas, during the largest Indian-American diaspora meet on Sunday.

"PM Modi will meet President Trump at 12:15 p.m. (local time) tomorrow," Ministry of External Affairs (MEA) spokesperson Raveesh Kumar said during a press briefing in New York. Both the leaders are likely to discuss a host of issues including bilateral, regional and global issues, including efforts to address the growing bilateral trade disputes, and the peace process in Afghanistan.

During the mega event on Sunday, both the leaders endorsed each other. Using Trump's slogan "make America great again", PM said, Trump has achieved much for the US and India has connected well with President Trump. PM Modi endorsed him by saying "abki baar Trump Sakar". Trump meanwhile, called PM Modi as "one of Americas most devoted and most loyal friend" who is "doing a truly exceptional job for India and all of the Indian people".

Tuesday's meet between PM Modi and Trump comes a day after Pakistani PM Imran Khan met Trump in New York and in a big snub said both India and Pakistan have to agree for any mediation by the US on Kashmir issue.

Trump said, "I have a very good relationship with PM Modi and with PM Khan. And if at any point they say they can iron out, I will be the extremely good arbitrator. I have never failed as an arbitrator...but u want accent from the other side."

India has made it clear that when it comes to India and Pakistan ties, no third party mediation can take place. This has been stated under the Shimla and Lahore agreements.