The photo of 22-year-old Alaa Salah has now become an iconic image highlighting the role of women in the anti-government protests in the impoverished African nation. 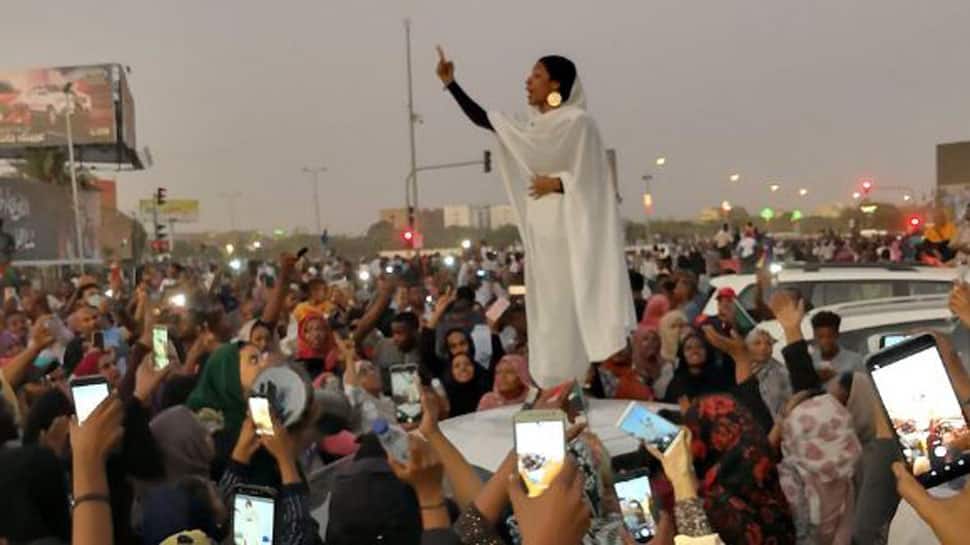 On Monday, many people came out on the streets of Sudan's capital Khartoum calling for the resignation of President Omar al-Bashir. The viral photo of Salah was captured by a local photographer named Lana Haroun. In the photo, Salah can be seen on top of a car surrounded by hundreds of people with her arm raised in the air, finger pointed toward the sky.

The image went viral within no time with many people lauding the strong role played by Sudanese women in demonstrations against president Bashir. Several social media users claimed that Salah's photo is nothing less than historic.

Salah is currently studying engineering and architecture at Sudan International University in Khartoum. The dress which Salah is wearing in the now iconic image makes it even more powerful. The white garment and gold moon-shaped earrings worn by Salah pay homage to working women of Sudan, said a Twitter user.

The anti-government protests in Sudan started in December over the rising cost of bread and no cash at ATMs. It is to be noted that al-Bashir is Sudan's president since 1989.

A social media shutdown has also been issued by the government to keep protesters under check but the Sudanese are making full use of the internet to run the movement.

Twitter launches emoji for European Parliament elections in May