This spelling error was not Donald Trump's fault. But twitterverse LOLed anyway

Donald Trump's upcoming 'State of the Uniom' could be an 'unpresidented' 'covfefe'. 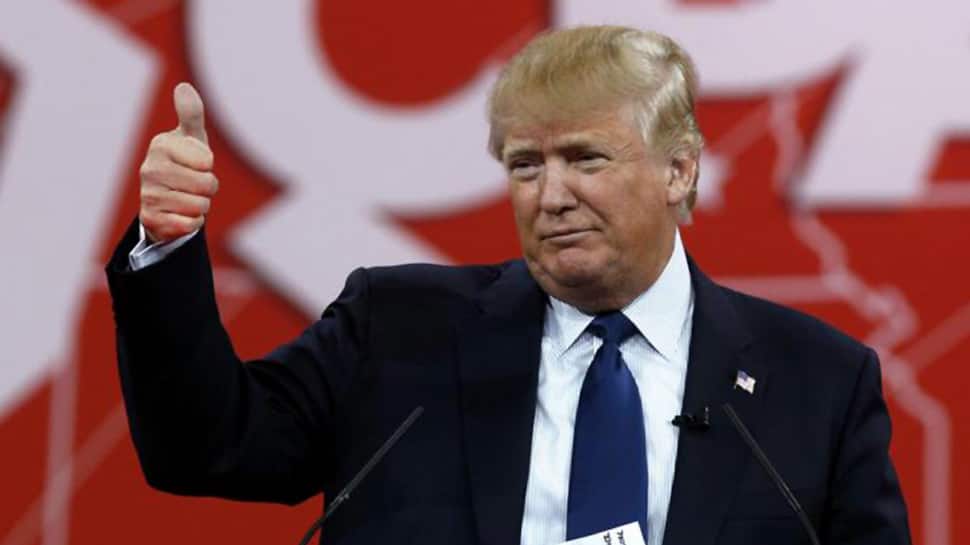 Donald Trump is no stranger to poor spelling. (Picture: GOP)
Share:
Written By:

Things just seem to happen to US President Donald Trump, even when he is not doing them. This time, it's another spelling error. Tickets issued to lawmakers in the US capital to listen to Trump's State of the Union address carried an embarrassing typo.

Trump breaking away from presidential traditions would hardly be 'unpresidented'. But it is likely to become news when he delivers a 'State of the Uniom' address. Read that again.

Some lawmakers who received the faux pas-ed invites took to Twitter (Trumpian irony alert) to post pictures of it. Providing ample opportunity for ridicule, they took the shot. Not just at Trump and his by-now infamously poor spelling, but also at some of his aides.

Just received my ticket for the State of the Union. Looks like @BetsyDeVosEd was in charge of spell checking... #SOTUniom pic.twitter.com/ZgFTGtTkzv

The White House is not responsible for the printing of these tickets. This booboo has been brought to us courtesy the Sergeant at Arms of the US House of Representatives, who has acknowledged the error and said fresh tickets have been printed and are not being distributed.

But those are facts, and not alternative ones. So, Twitter was lit. #SOTUniom trended, and there were some brilliant ones:

Not only does the #StateOfTheUnion #Ticket have the misspelling of #Uniom, it also has a grammatical error of "Visitor's Gallery." It should be Visitors plural, not Visitor singular (Visitors' Gallery or Visitors Gallery). #SOTUniom pic.twitter.com/1uYPBrKs8n

The Kremlin Apologizes For Typos
Proving " No Collusion " pic.twitter.com/aKcbhlzsGL

Wondering if the #SOTUniom will be elevated / passed to the 4th grade level? #notmypresident #getreadyforimpeachment

That's a pretty funny (and inept) typo, but I just wish it would have said "Admit Bears" - THAT would have made it worth watching! #SOTUniom pic.twitter.com/m2t9eXhsVZ

And why wouldn't the tweetverse react this way? Trump is a trailblazer at spellings on Twitter. The 'unpresidented' 'covfefe' over him being 'honored to serve' as the 45th US President may have been an overreaction? Your guess is as good as his.