Ties with India 'only problem' for peace in region: Pakistan PM Imran Khan

Imran Khan made these remarks in China. 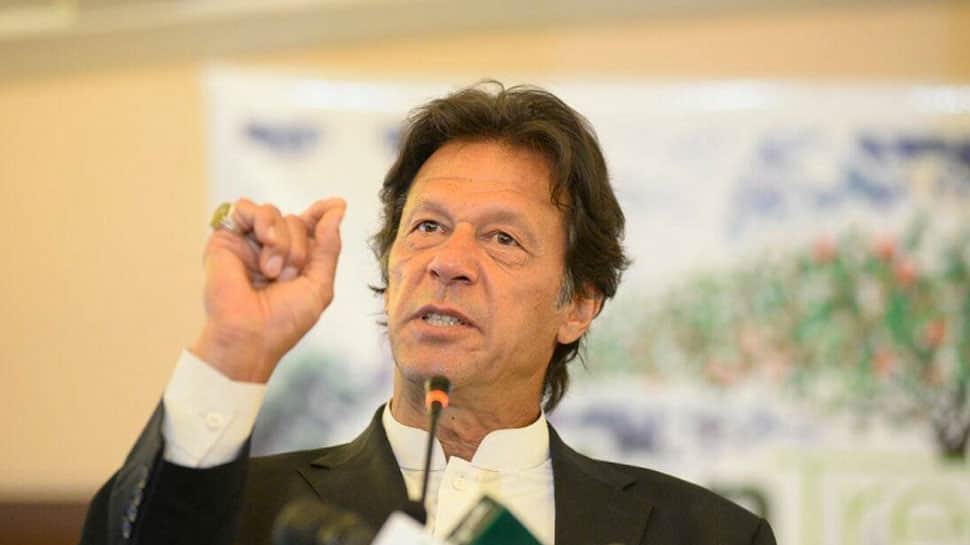 Beijing: Pakistan's relationship with India remains the "only problem" for peace and stability in the region, Prime Minister Imran Khan has said and expressed hope of establishing a "civilised relationship" with New Delhi after the Lok Sabha elections are over.

Unless there is peace and stability in the region, economic prosperity is difficult for Pakistan, and that is what right now the Pakistan government is working on, Khan who is in China to take part in the 2nd Belt and Road Forum, (BRF) said while addressing China International Cultural Communication Centre here on Friday.

Khan said Pakistan hopes that the political solution in Afghanistan will succeed and the war-ravaged country attains stability.

"Whatever happens in Afghanistan affects Pakistan's bordering areas. So we are working for a peaceful region. We have a decent relationship with Iran and we are trying to strengthen them," he was quoted as saying by state-run APP news agency.

Since his arrival here on April 25 to take part in the BRF meeting which concluded on Saturday, the Cricketer-turned-politician refrained from speaking on India-Pakistan ties which in the last two months have experienced severe strains following the February 14 Pulwama terror attack carried out by the Pakistan-based terror group Jaish-e Mohammed which killed 40 CRPF personnel.

His emphasis during the visit appears to be firming up more projects for the USD 60 billion China-Pakistan Economic Corridor (CPEC), the flagship project of China's ambitious trillion-dollar Belt and Road Initiative (BRI).

The BRF forum aims to showcase the progress of the BRI since it began in 2013. The CPEC is opposed by India as it is being laid through the Pakistan-occupied Kashmir (PoK).

In his address at the roundtable meeting of the BRF forum presided by Chinese President Xi Jinping, Khan termed the CPEC as a transformational project which would play an important role in boosting connectivity between the Gwadar Port in Pakistan and Xinjiang region of China.

He also underscored the importance of greater connectivity among the BRI participating countries and proposed four specific areas for particular focus, including digital connectivity, mobility of labour, cultural connectivity and sharing best practices in knowledge and innovation.

To advance these proposals, among other things, Khan also suggested setting up of BRI Tourism Corridor to improve labour skills and mobility and creating multi-lingual digital platforms.

He also mooted cooperation among the BRI countries for poverty alleviation and campaign against corruption. In his speech at the cultural centre, Khan said the BRI had come as a blessing for Pakistan.

"Belt and Road Initiative has given us an opportunity to catch up with other nations. CPEC has provided an opportunity for Pakistan to attract investment not just from China, which is the fastest growing economy in the world now. So obviously, China is the main home from where we hope to invite investors," he said.

Khan also met Managing Director of International Monetary Fund Christine Lagarde on the sidelines of the Belt and Road Forum in Beijing and reportedly discussed the bailout package.

Pakistan is currently undergoing a severe balance of payment crisis, despite a large infusion of investments from China, the UAE and Saudi Arabia.

The meeting reviewed the relationship between Pakistan and the IMF.

Khan identified the areas of reform and initiatives being undertaken by his government to stabilise the economy, control inflation and achieve fiscal balance, the APP report said.

The two leaders agreed on the importance of the IMF programme and to work towards an agreement for which a fund's delegation is coming to Islamabad.

The two sides agreed on the need for a social safety net for the vulnerable groups of the society.