Malaysia's PM Mahatir Mohamad has said many countries have taken China's easy loans without thinking of how they will repay them. 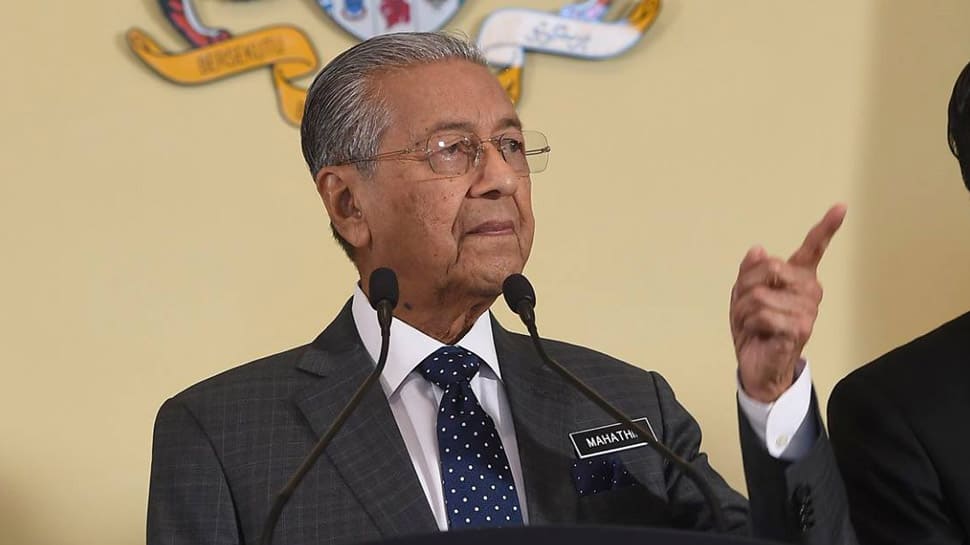 Malaysia is not keen to blindly go ahead with projects offered by China under its Belt and Road Initiative (BRI), the recently-elected Malaysian government has said. It also indicated that it would attempt to balance its relationship with Beijing and re-examine the projects that were earlier agreed to by the previous government.

The need to avoid the Chinese debt trap was a topic that was repeatedly underscored in the run-up to the elections in Malaysia by the Pakatan Harapan alliance and its leader and current Prime Minister, the 92-year-old Mahatir Mohamad.

"China comes with a lot of money and says you can borrow this money. But, you must think, 'How do I repay?' Some countries see only the project and not the payment part of it. That's how they lose large chunks of their country. We don't want that," Mohamad said, reported news agency ANI.

Mohamad's newly formed government would take a look at the projects under the BRI that were agreed to by the previous government led by Najib Razak, Mohamad's former protégé.

Malaysia is not the first country in which projects funded or built by China have come under the scanner when the government changed after an election. The same thing happened in Sri Lanka in 2015, when the new Maithripala Sirisena government cancelled some of the Chinese-backed projects that had been signed by the previous government of Mahinda Rajapakse.

The Sirisena dispensation, left to deal with the mounting debt because of the Chinese projects, found itself unable to repay the loans. In December 2017, the Sri Lankan government was forced to hand over control of the Hambantota Port to Chinese companies for a period 99 years.

Concerns have also been rising in Pakistan, which has placed its already-precarious economy under further strain of Chinese loans to continue its projects along the troubled China-Pakistan Economic Corridor (CPEC).

Mahatir Mohamad's concerns seem to stem from the spate of agreements that were signed by the Najib government under Chinese President Xi Jinping's pet Belt and Road Initiative. Among these was the $13.1 billion East Coast Rail Link (ECRL), which aims to link Malaysia's more industrialised east coast with its less-developed western coast and interior highlands. will run from Port Klang, Malaysia's main port near the capital Kuala Lumpur, to Tumpat on the border with Thailand, bisecting the peninsula's hilly interior.

Other projects include a build-and-manage agreement for a deep-sea port and an industrial park near the city of Melaka, a port rebuilding project in the town of Kuantan, and a massive residential project close to the southern border with Singapore.

China has already been accused by a number of countries of using the Belt and Road Initiative as a tool to further its expansionist goals by giving out loans for high-value projects of uncertain viability.

Malaysia's geography would also provide an attractive strategic positioning for China, given its location along the Malacca Strait, through which a massive portion of China's energy supplies pass through.