Traces of 'enormous solar storm' that hit earth 2,600 ago found in Greenland

The “enormous” solar storm is believed to have stuck the ancient Earth around 2,600 years ago. 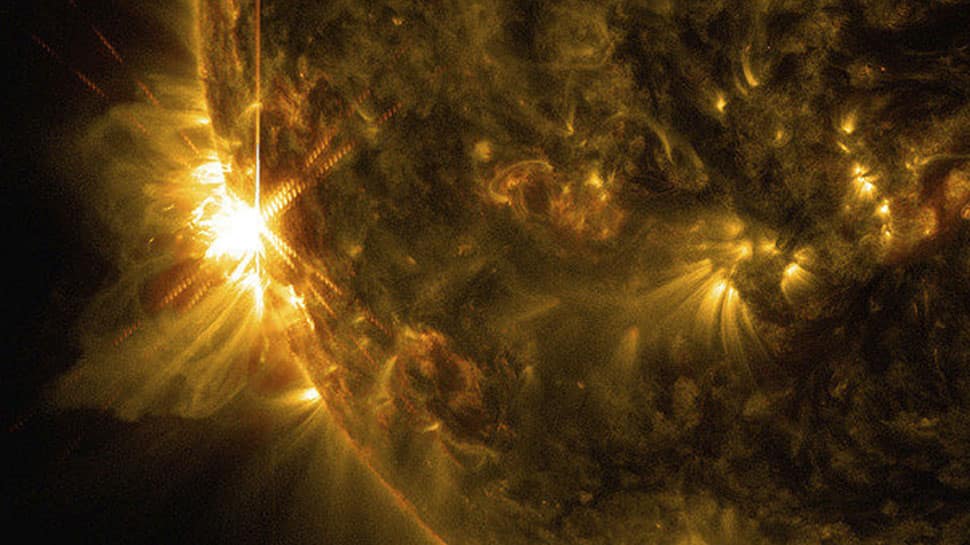 LONDON: A team of researchers has found traces an “enormous” solar storm in Greenland that struck ancient Earth around 2,600 years ago.

According to the researchers, the finding has provided a stark warning that another event of this size could not be too far away, a report in The Independent said.

The team of scientists, which examined the chemicals preserved in Greenland ice sheet, concluded that the storm was nearly 10 times stronger than anything detected in past 70 years of modern measurements.

The team made this observation after studying a band of radioactive elements, unleashed by a storm that struck the planet in 660 BC, preserved in the ice nearly half a kilometre beneath the surface.

The team said while those in 660 BC had little to fear, such events would be of grave concern today given their capacity to destroy satellites, communications and electrical systems.

Raimund Muscheler, a professor of quaternary sciences at Lund University in Sweden, said, “What our research shows is that the observational record over the past 70 years does not give us a complete picture of what the sun can do.”

Solar storms are triggered by flares of cosmic particles streaming towards Earth, bombarding its magnetic field and interfering with various technologies.

Although just the third storm of its kind has been identified so far, the scientists said this indicated that these major events had been underestimated, and must be urgently defended against.

The discovery means that in the worst-case scenarios, the risk planning for major space-related weather events had failed to estimate the scale of destruction these powerful solar storms can unleash.

On the basis of previous events, which have been identified between years 775 and 994, the scientists believe that these outbursts are probably a normal part of the Sun’s cycle.