The US military has warned Korean workers on its bases they might be put on leave from mid-April if no deal is reached. 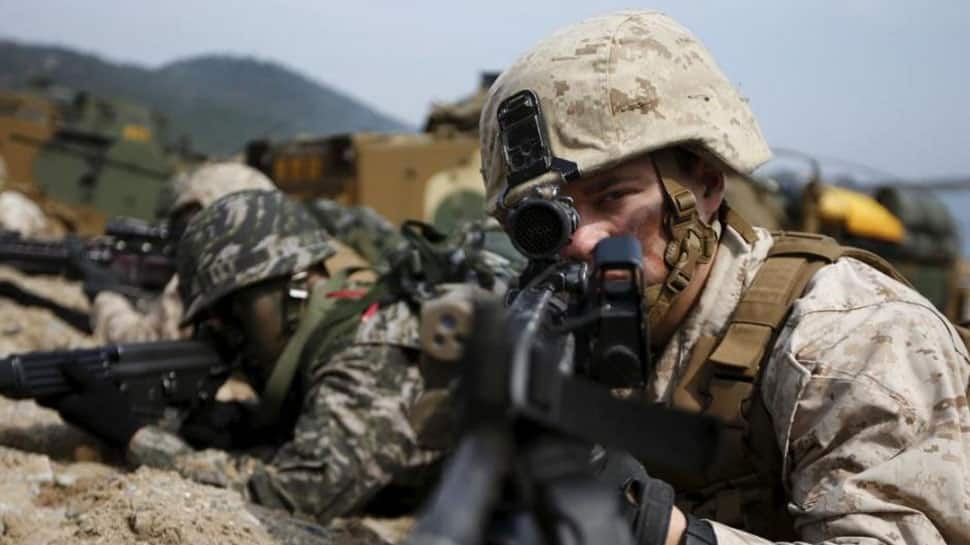 SEOUL: The United States and South Korea are struggling to narrow differences over the share of the cost of maintaining US troops after a US demand for a 50 percent increase in the South`s contribution, a South Korean lawmaker said on Tuesday.

Despite 10 rounds of talks since March, the allies have failed to strike an accord to replace a 2014 deal that expired last year, which requires South Korea to pay about 960 billion won ($848 million) a year for keeping some 28,500 US troops there.

US President Donald Trump has repeatedly said that South Korea, where the United States has stationed soldiers since the 1950-53 Korean War, should bear more of the cost. The US military has warned Korean workers on its bases they might be put on leave from mid-April if no deal is reached.

At their last meeting, in December, the United States made a "sudden, unacceptable" demand that South Korea pay more than 1.4 trillion won per year, about 1.5 times its current contribution, according to Hong Young-pyo, a senior ruling party legislator. Foreign Minister Kang Kyung-wha briefed a group of lawmakers on the talks on Monday. Any deal is subject to parliamentary approval.

"The negotiations were deadlocked," Hong told a meeting with lawmakers. "The U.S. side suddenly made a proposal at the last stage which was difficult for us to accept." A spokesman at the US embassy in Seoul declined to comment.

When asked about the US demand on Monday, Kang declined to specify numbers but said there was a "very big difference" in the positions between the two countries. "We`ll work to reach an agreement that`s reasonable, affordable and explainable to the National Assembly and the people," Kang told reporters.

Kang Seok-ho, another lawmaker who attended the foreign minister`s briefing, said the government`s stance was not to pay more than 1 trillion won a year and an agreement should be valid for five years, not one year as reportedly sought by the United States.

With another meeting not scheduled, the stalemate raises concerns about the funding gap and the posture of the 70-year alliance amid signs of a rift over North Korea policy. About 70 percent of South Korea`s contribution covers the salaries of some 8,700 South Korean employees who provide administrative, technical and other services for the US military.

Trump announced a halt to joint exercises with South Korea in June, after a summit with North Korean leader Kim Jong Un, saying they were very expensive and paid for mostly by his country. Major joint exercises have since been suspended, which Washington said would expedite talks aimed at getting North Korea to give up its nuclear programme, though some small-scale exercises have continued.

North Korean state media has recently increased complaints about South Korea`s military ties to the United States, but South Korea`s president, Moon Jae-in, has said reducing US military commitments would be an unlikely option for Washington.