A horrifying video of Taliban terror has come to the fore, in which the police chief of Badghis province in Afghanistan was blindfolded with his hands tied, and then brutally murdered. 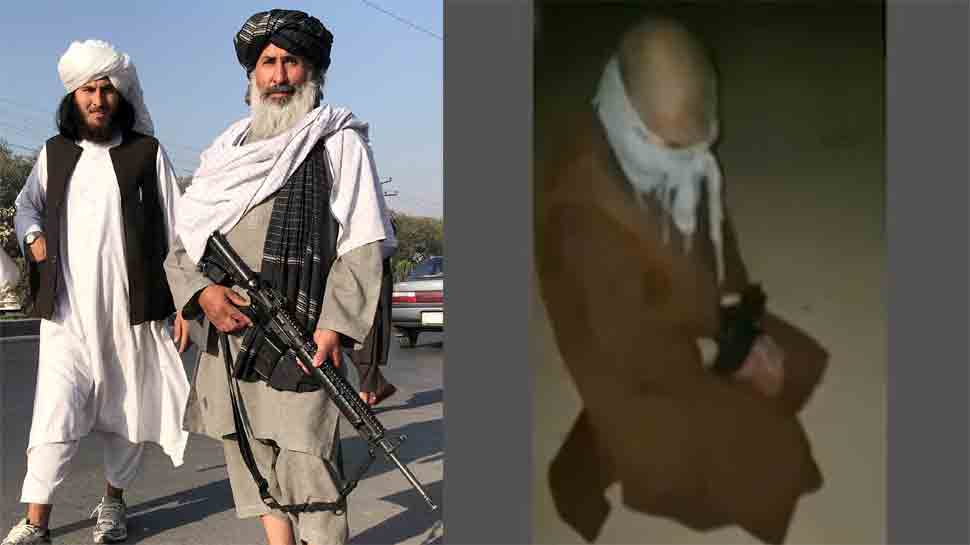 New Delhi: In spite of their vows not to take action against their opponents, the Taliban have executed Haji Mullah Achakzai, the police chief of Badghis province near Herat, Afghanistan.

A horrifying video of Taliban terror has come to the fore, in which the police chief of Badghis province in Afghanistan was blindfolded with his hands tied, and then brutally murdered. The video, which was widely shared on social media on Thursday (August 20), showed handcuffed and blindfolded Achakzai on his knees as he was surrounded by Taliban insurgents who open multiple rounds of fire on him.

According to reports, the Taliban captured the area, near the Turkmenistan border, in a lightning advance late last week, and had imprisoned the police chief of Badghis province.

Afghan security adviser and friend of Achakzai, Nasser Waziri, told Newsweek that the jihadist group shared the disturbing footage through a Taliban-related network. "He was surrounded by the Taliban and had no choice but to surrender last night," Waziri told the publication.

General Achakzai, in his early 60s, was a well-known fighter in the long-lasting conflict between the Taliban and forces of Afghan civil government. Following their takeover of Afghanistan, the Taliban had vowed that they would not avenge their former enemies.

Zee News does not confirm the authenticity of this video.