Trump has long urged the NATO allies to enhance their military spending while arguing that the US is shouldering more of the cost burden than it should. 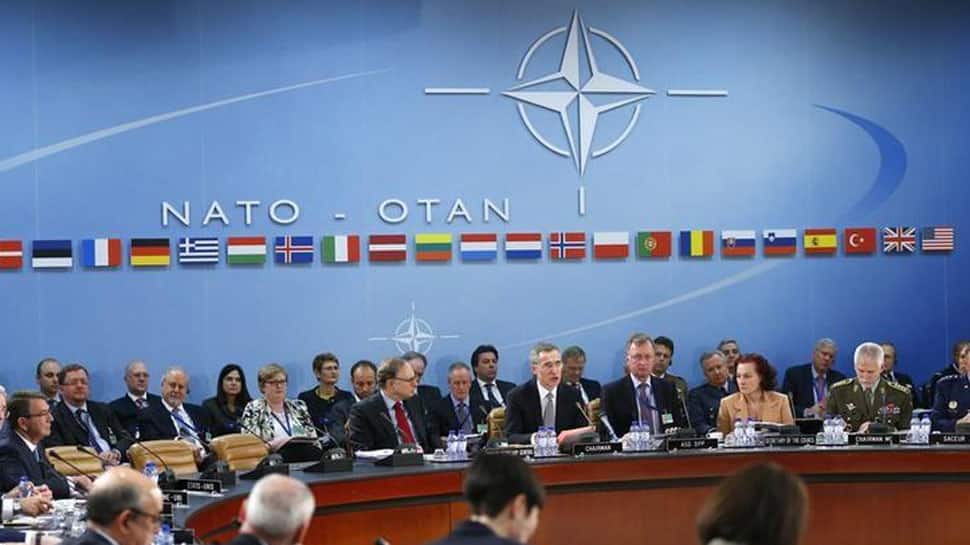 Washington DC: United States President Donald Trump on Thursday said that Washington remained committed to NATO and chided the member nations, asserting that they would need to do a better job of sharing costs."We will insist on fair burden-sharing with our allies.

We`re protecting all of these wealthy countries, which I`m very honoured to do, but many of them are so wealthy they can easily pay us the cost of this protection. So you`ll see big changes taking place," Trump was quoted by The Hill as saying while speaking at the Pentagon.

"We`re going to be with NATO 100 per cent, but as I told the countries, you have to step up," he added.This is Trump`s first comments on NATO after the New York Times reported on Monday that the US President privately told his aides that he wanted Washington to withdraw from the intergovernmental military alliance, that comprises 29 countries, including Canada and several European countries.

Trump has long urged the NATO allies to enhance their military spending while arguing that the US is shouldering more of the cost burden than it should."In 2014, NATO members agreed to move toward spending at least two per cent of their GDP on defence by 2024.

Trump has repeatedly rallied against its NATO allies for not meeting the two per cent target and has insisted on spending at a "faster pace."Slamming Germany for spending "1 per cent" of its GDP on defence spending, Trump further said, "Very unfair when Germany pays 1 per cent and we`re paying 4.3 per cent of a much larger GDP. We cannot be the fools for others.""They set a two per cent goal. Very few pay that. But they should be much higher than that," he added.