U.S. officials said on Thursday that Trump had told his advisers, including acting Defense Secretary Patrick Shanahan, that he did not want to get into a war with Iran. 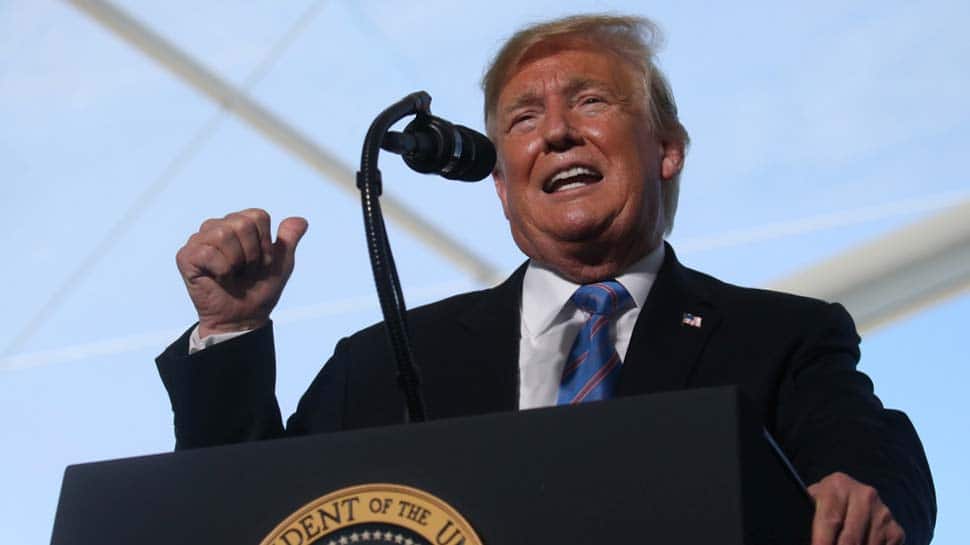 WASHINGTON: US President Donald Trump on Friday denied friction with his hawkish foreign policy advisers on Iran, specifically giving statements of support to White House national security adviser John Bolton and Secretary of State Mike Pompeo. Trump called "bullshit" a variety of news reports that he had chafed at his advisers and privately expressed concerns that they were trying to steer him into a war with Iran.

U.S. officials said on Thursday that Trump had told his advisers, including acting Defense Secretary Patrick Shanahan, that he did not want to get into a war with Iran. "They (the news media) put out messages that I`m angry with my people. I`m not angry with my people. I make my own decisions," Trump said at a realtor`s convention in Washington. "Mike Pompeo is doing a great job. Bolton is doing a great job."

Trump during the 2016 presidential campaign promised to stay out of conflicts abroad after what he viewed as costly wars in Afghanistan and Iraq.
But he also has said he will do what it takes to protect U.S. interests abroad. The recent deployment of a U.S. aircraft carrier group has raised tensions in the Gulf region and fanned fears of armed conflict.

Trump has approved sanctions against Tehran aimed at crippling the Iranian economy and forcing Iranian leaders to the negotiating table. The United States wants Iran to give up its nuclear and ballistic missile programs and stop other activities it believes are destabilising in the Middle East. Pompeo laid out a lengthy list of demands on Iran a year ago that critics inside and outside Tehran said showed he was pushing for regime change.

Bolton has a long reputation as a hawk who believes the United States needs to get tough with Iran and has pushed a hard line inside the administration since joining the White House more than a year ago. While he has been tough on Iran, Trump told reporters last week that he sometimes has to "temper" Bolton.

"We are all frustrated with this notion that we are escalating, that we are seeking conflict," said a senior administration official, who spoke to a small group of reporters under condition of anonymity. "Nothing could be further from the truth. We are seeking de-escalation."

The official was asked about the notion of Bolton and Pompeo trying to "herd" Trump down the path of war. "Herding Trump down any path is an unsuccessful strategy. There are many witnesses to that," the official said. Bolton`s views on Iran are well-documented, the official said, but stressed, "He has no illusions. He serves the president and he accepted this job because he believes in the president`s policies, and he carries them out."

As for Trump`s overture to Iran seeking direct talks, there are no indications from the Iranians that they are ready to engage, the official said: "Not yet. We`re sitting by the phone." U.S. intelligence showed heightened activity by Iran or its proxies that U.S. officials took as a threat against American targets in the region.

US issues warning on airspace near Gulf as Iran tensions simmer