Trump, Kim to meet one-on-one during summit in Vietnam 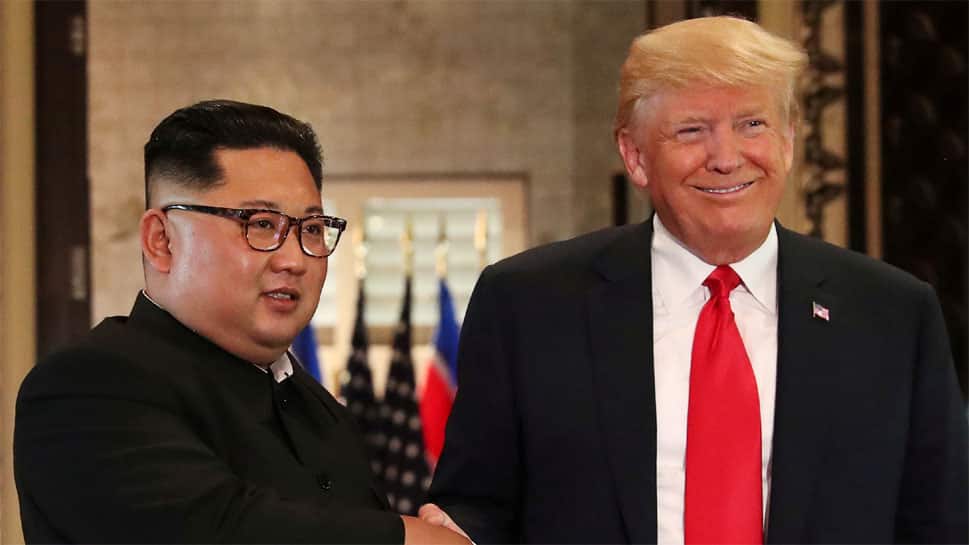 Washington: US President Donald Trump and North Korean leader Kim Jong-un will spend some time one-on-one next week at their second summit in Vietnam, White House officials said on Thursday.

The summit, scheduled for February 27-28 in Hanoi, will "be similar in format to what you saw last June 12 in Singapore," an official said in a conference call with reporters, speaking on condition of anonymity.

"There will be an opportunity for the two leaders to see one another one-on-one, to share a meal and engage in expanded meetings of their respective delegations," the official said, reports Efe.

The White House has not made Trump`s agenda public yet and the source did not specify whether the private meeting -- accompanied only by their respective interpreters -- would occur at the beginning of the summit, as was the case in Singapore.

In Singapore, the leaders spoke privately for 38 minutes before the formal talks between the full delegations, sparking speculation about the content of Trump`s conversation with Kim.

The joint statement that emerged from the Singapore talks said that North Korea pledged to "work toward complete denuclearisation of the Korean peninsula" in exchange for unspecified security guarantees from the US.

One goal for next week`s encounter is reaching agreement on a "shared definition" of what denuclearisation means in concrete terms, the US official said.

Trump has also talked lately about North Korea`s economic potential and its advantageous location between Russia and China, so he is expected to expand further on that issue when he sees Kim, according to Efe.

"President Trump is looking to -- after really, in some respects, breaking the ice with Kim in June -- to talk in more depth about the kind of future that North Korea could enjoy if it follows through on its commitment to final and full denuclearisation," one of the officials said.

One of the White House officials acknowledged that Pyongyang`s intention remains a mystery.

"I don`t know if North Korea has made the choice yet to denuclearise, but the reason why we`re engaged in this is because we believe there`s a possibility that North Korea can make the choice to fully denuclearize," the official said.

"And that`s why the president has assigned such a priority to engaging with them," the official added.