None of the Democratic candidates have yet been required to disclose their money hauls, although US Senator Kamala Harris` campaign said she raised $1.5 million in the 24 hours after she launched her run. 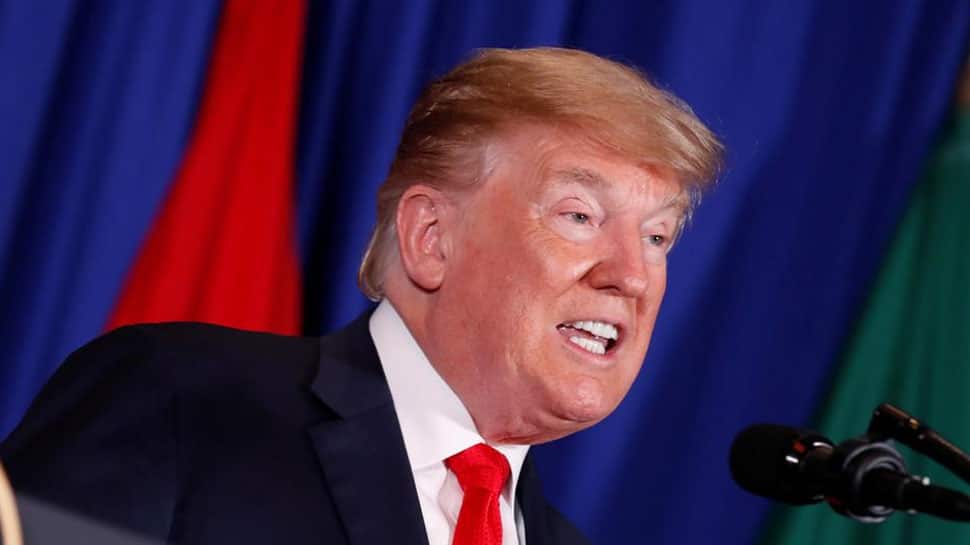 WASHINGTON: United States President Donald Trump began the year with $19.2 million in campaign cash, a war chest that gives him a head start on Democrats lining up for the chance to run against the Republican in the 2020 White House race.

Trump raised $21 million in the fourth quarter of 2018, his campaign said on Thursday, including some cash he raised for the national party. Unlike any other president in the modern era, Trump filed for re-election on the day he took office in January 2017, instead of waiting the traditional two years. That allowed him to raise and spend campaign cash his entire term.

The bulk of Trump`s spending was focused on congressional elections last November, including sending $3 million to the Republican National Committee and paying for a television ad that drew criticism at the time for its depiction of immigrants.

He is likely to far outpace the fundraising by Democrats who are just beginning to build campaigns. None of the Democratic candidates have yet been required to disclose their money hauls, although US Senator Kamala Harris` campaign said she raised $1.5 million in the 24 hours after she launched her run.

Harris` Senate campaign, which remains intact from her previous runs, disclosed donating more than $130,000 to the Democratic parties in early primary contest states, a move that was likely done to curry favor for her presidential bid. More than two dozen Democrats are expected to mount a campaign in hopes of winning the party`s nomination.

David Brock, a Democratic fundraiser who oversaw the largest Super PAC his party has backed, said Trump`s haul will make Democrats nervous. "There is not going to be enough money in the system, whether its online or big dollars, to support more than six or eight candidates," Brock told Reuters. "There is a disadvantage that Democrats have to raise money to fight each other first before you can raise a war chest to fight Trump."

Some of the Democrats` biggest donors are waiting to decide which candidate to back, Brock said. "There is a lot less interest among donors on the ideological split as there is imagining the person who is best to stand up against Trump and really take the fight to him and just beat him," Brock said.

Greg Berlin, a Democratic fundraiser at the firm Mothership Strategy, said he is confident Democrats will ultimately be able to compete with Trump`s cash levels. "Whoever is the nominee will have well over a billion dollars combined with their primary and general money to compete with Trump," Berlin said. "Trump will likely have well over a billion dollars, so I don`t think money matters at the end of the day."

His campaign spent more than $830,000 on legal expenses. He spent $2.4 million on campaign items such as his signature red hat, banners, buttons and T-shirts.

His campaign also disclosed owing the US Treasury an additional $1 million for travel expenses. U.S. law requires that presidents reimburse taxpayers for expenses incurred traveling on Air Force One.