The White House did not respond to Kerry`s comment, but Trump had earlier slammed the media for not understanding him and his approach to Davos. 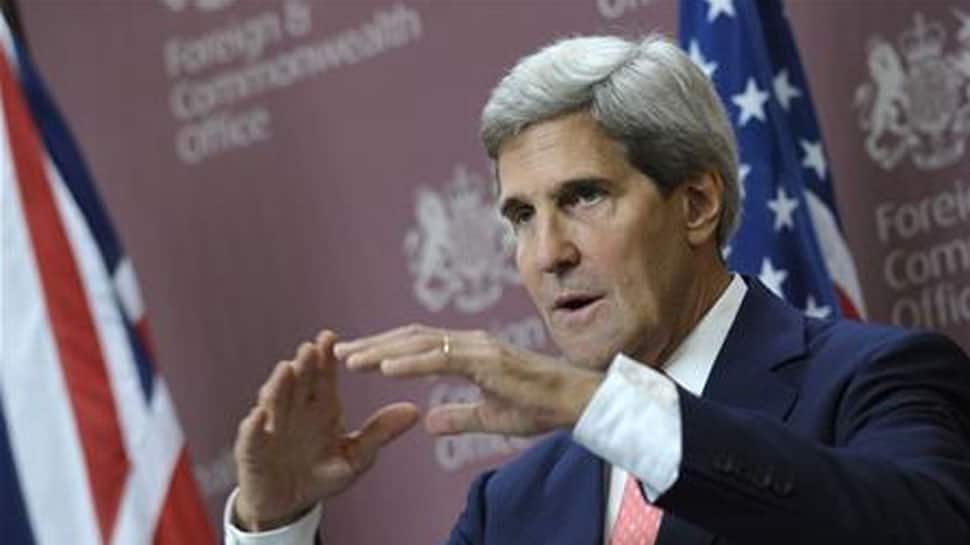 Davos: US former Secretary of State John Kerry has said if he can speak to President Donald Trump directly, he would tell him to "resign". Trump was supposed to attend the World Economic Forum here to deliver an address, but he pulled out because of the partial government shutdown that has become the longest in US history.

Asked during a World Economic Forum panel on Tuesday, what he would say to Trump if he were seated across from him, Kerry gave one-word answer: "Resign".

"He doesn`t take any of this seriously," the 2004 Democratic nominee for President said on the panel, adding that he doesn`t think Trump had the "ability" to have deep conversations, the Washington Post reported.

The White House did not respond to Kerry`s comment, but Trump had earlier slammed the media for not understanding him and his approach to Davos.

Kerry, who was Secretary of State during President Barack Obama`s second term, also criticized Trump for "his insane decision" to pull out of the Paris climate accord in June 2017, for which "people will die".

"I wish there was a lawsuit capacity that could hold people liable for such an insane decision as he has made, which is going to cost lives," he said. "People will die because of the President`s decision, and billions of dollars of damage will be done to property."

Kerry also accused the President of lying about the consequences of pulling out of the accord. Trump claimed at the time that he was leaving to pursue "fair treatment" and so that foreign leaders would no longer "laugh at us".

"I`m disappointed when a President of the US lies, and that was a lie -- there`s no burden," said Kerry, adding that "Paris did not place outside burdens levied by any other country on any other country".