After a series of meetings with Democrats over border wall funding, President Trump warned on Friday to declare a national emergency that would allow him to order construction without any consent. 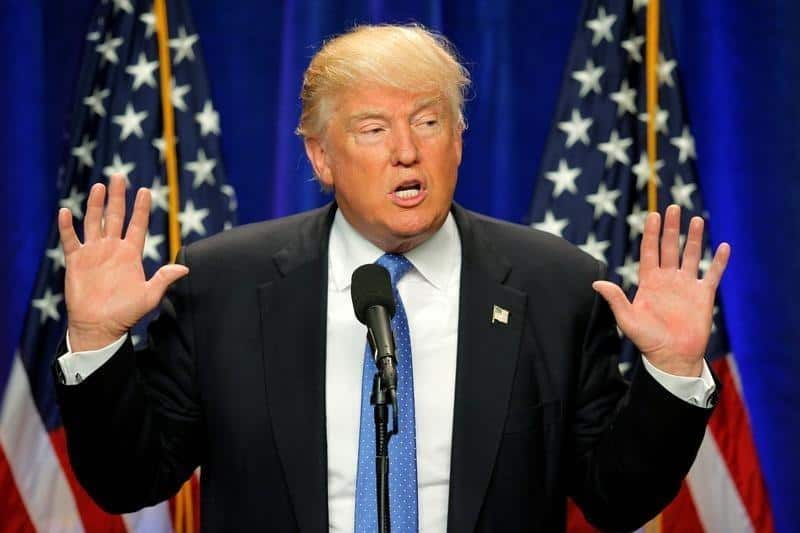 Washington: US President Donald Trump has threatened to declare a national emergency that would allow him to order construction of a border wall with Mexico without Congressional approval of the needed funds. The President`s remarks came on Friday after he met senior Democrats, who refused his requests for funding, CNN reported. The impasse has seen Trump withhold support for a bill to fully fund the government till he gets money for the border wall.

He said he was prepared for the partial government shutdown -- now in its third week -- to last years. Around 800,000 federal workers have been without pay since December 22. "I can do it if I want," Trump told a press conference when asked about the possibility of starting construction on the wall without a go-ahead from Congress, due to the Democrats` refusal to approve its financing.

"We can call a national emergency and build it very quickly... I haven`t done it. I may do it. If we can do it through the negotiating process, we`re giving that a shot." Trump considered the idea of building a barrier of "artistically designed steel slats" as an alternative to a cement wall, though he gave no details about that possibility. He said there was an immediate need for $5.6 billion for the wall because "we`re not talking about games, we`re talking about national security. It`s a problem of terrorists."

Democrats were equally dug in, saying the matter of a border barrier should only be brought up once the government has reopened. "We cannot resolve this until we open up government and we made that very clear to the President," Democrat House Speaker Pelosi said after the White House meeting.

Senate Democratic leader Chuck Schumer said: "We told the President we needed the government open. He resisted." White House and Congress officials will scheduled to meet later on Saturday in a fresh bid to resolve the standoff. Trump said he designated a group of aides, including Vice President Mike Pence, Homeland Security Secretary Kirstjen Nielsen and White House senior adviser Jared Kushner, to participate in the weekend discussions, which he described as meant to "determine what we`re going to do about the border".

The government has been in a partial shutdown since December 22 as negotiations between Republicans and Democrats in Congress remain blocked by Trump`s demand to include in the budget proposal funding for the border wall. The paralysis of the administration affected 10 government agencies, including Transportation and Justice, along with dozens of national parks, which are popular tourist attractions.

Former North Korean diplomat urges missing colleague in Italy to go to South Korea, not US