China denounced the move, and the affair is threatening to increase global tensions at a time when Washington and Beijing are already locked in a trade war. 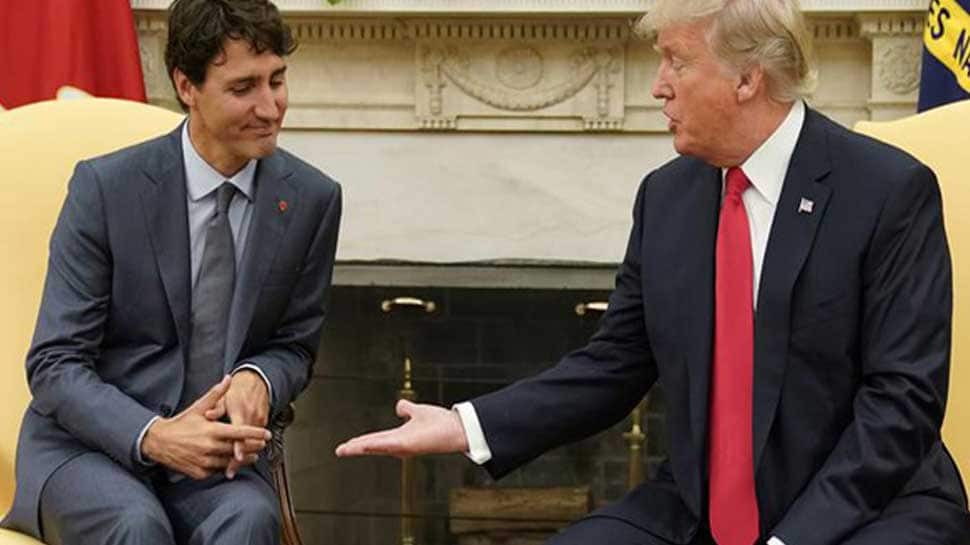 Ottawa: The leaders of Canada and the United States on Monday agreed to continue pressing Beijing to free two Canadian citizens who were detained after the arrest of a senior Chinese executive in Vancouver, Ottawa said. Canada wants the immediate release of Michael Kovrig and Michael Spavor, who were picked up after Canadian authorities arrested Huawei Technologies Co [HWT.UL] Chief Financial Officer Meng Wanzhou on Dec. 1 at the request of the United States.

China denounced the move, and the affair is threatening to increase global tensions at a time when Washington and Beijing are already locked in a trade war. Canadian Prime Minister Justin Trudeau spoke to US President Donald Trump on Monday and thanked him for "the strong statements of support by the United States" in response to the detentions of the two men, Trudeau`s office said in a statement. "The two leaders agreed to continue to seek their release," the statement said.

In a separate statement, the White House said that Trump and Trudeau "discussed the unlawful detention of two Canadian citizens in China." It gave no details.  Although Canada says China has made no specific link between the detentions and Meng`s arrest, experts and former diplomats say they have no doubt Beijing is using the cases of Kovrig and Spavor to pressure Ottawa. Beijing insists the charges against Meng be dropped, but Canada says it cannot interfere with the judicial process.

Canadian Foreign Minister Chrystia Freeland reacted unhappily last month after Trump suggested he could waive the request to have Meng sent to the United States in return for progress on a bilateral trade deal with China. She said the extradition process should not be politicized. Trudeau`s office said the two leaders had discussed the US request and "reaffirmed the importance of respecting judicial independence and the rule of law."

The China Daily newspaper on Monday published a commentary saying Canada "could lose the trust and cooperation of most developing countries" over the matter. "By continuing to follow the US, either passively or actively, Canada will eventually harm its national interests," said the commentary by Li Qingsi, a professor on international studies at Renmin University. Earlier in the day, a group of legislators from Canada on a visit to China pressed authorities to release Spavor and Kovrig but had little success, the Canadian Broadcasting Corp reported.