No progress was made on wednesday in the meeting with Trump; Democrats wishes a one good reason from Trump to continue this shutdown that entered into its 12th day. 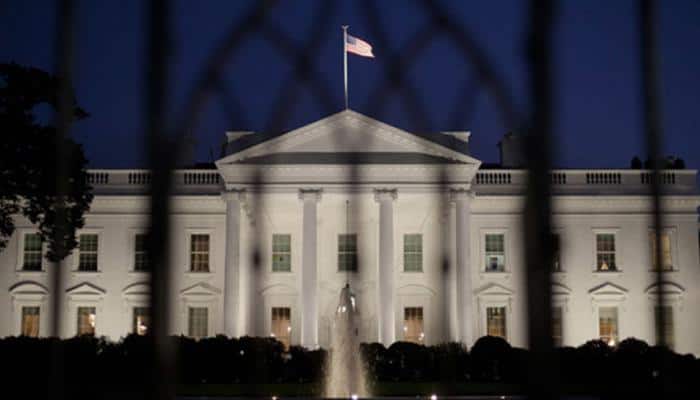 Washington: The White House meeting between President Donald Trump and top Congressional leaders on resolving the ongoing partial government shutdown ended in a stalemate Wednesday, with Republicans and Democrats sticking to their respective positions over the presidential demand for a US-Mexico border wall.

The President is seeking USD 5.2 billion in funding for the wall which according to him is a must to prevent flow of illegal immigrants into the US. The Democrats assert that such a move is a "waste" of taxpayers' money. Following their inconclusive Situation Room meeting, Congressional leaders and Trump agreed to meet again on Friday.

Newly elected members of the Congress are scheduled to be sworn in Thursday; the first day of the 116th Congress. Democratic Leader Nancy Pelosi is all set to be elected as the Speaker of the US House of Representatives. "Important meeting today on Border Security with Republican and Democrat Leaders in Congress. Both parties must work together to pass a Funding Bill that protects this Nation and its people ? this is the first and most important duty of government," Trump said in a tweet after the meeting.

"I remain ready and willing to work with Democrats to pass a bill that secures our borders, supports the agents and officers on the ground, and keeps America Safe. Let's get it done!" said the US President. Pelosi told reporters at the White House after the meeting that she plans to go ahead with the Democratic legislation on a spending bill without funding for a border wall. Beginning Thursday, Democrats would enjoy majority in the House of Representatives.

"We are asking the president to open up the government. We are giving him a Republican path to do that. Why would he not do it?" Pelosi told reporters at the White House. "Democrats have been committed to protecting our borders. It's the oath of office we take to protect and defend. It has been very important to us, and we have committed resources to it when we were in the majority, and will continue to do so," she said.

Senate Minority Leader Chuck Schumer said the Democrats asked the President to support the bills that they support that will open up government. "We asked him to give us one good reason -- I asked him directly. I said, Mr President, give me one good reason why you should continue your shutdown of these -- of the eight cabinet departments while we are debating our differences on Homeland Security? He could not give a good answer," he said.

"So, we would hope that they would reconsider and would support the very bills that passed the Senate, four of them 92 to 6, two of them unanimously, in the Appropriations Committee with Mitch McConnell's support," he said. "The only reason that they are shutting down the government is very simple. They want to try and leverage that shutdown into their proposals on border security. We want strong border security. We believe ours our better. But to use the shutdown as hostage, which they had no argument against, is wrong," Schumer said.

Senator Majority Leader Mitch McConnell later said that no progress was made Wednesday in the meeting with Trump. Not very optimistic, he said that the partial government shutdown ? now into its 12th day ? could continue for even weeks. "It was a civil discussion. We're hopeful that somehow in the coming days and weeks we'll be able to reach an agreement," he said. The partial government shutdown that started on December 22 has affected 800,000 federal employees, who have either been furloughed or are working without pay.

"Why don't you die?": Australian's fight with a spider sparks police call