One of his advisers told Reuters he was in a "very critical" condition but was alive, denying media reports he had died. 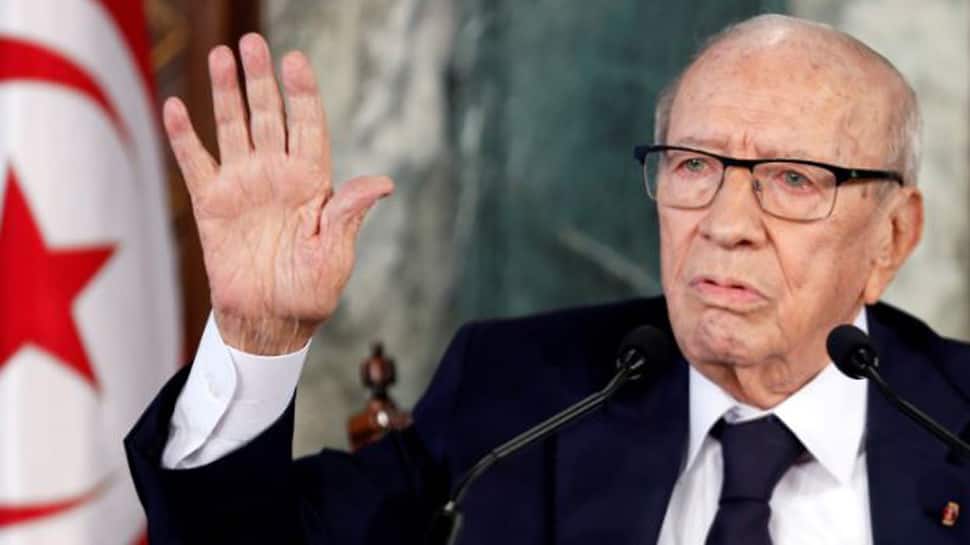 TUNIS: Tunisia`s 92-year-old president, Beji Caid Essebsi, a major player in the country`s transition to democracy since 2011, was taken to a military hospital on Thursday after suffering a "severe health crisis", the presidency said. One of his advisers told Reuters he was in a "very critical" condition but was alive, denying media reports he had died.

No more details were immediately available. Essebsi was hospitalised last week as well, for what the presidency described as non-serious treatment. Essebsi has been a prominent figure in Tunisia since the overthrow of Zine El-Abidine Ben Ali in 2011, which was followed by uprisings against autocratic leaders across the Middle East, including in nearby Libya and Egypt.

Tunisia set itself on a path to democracy without much of the violence seen elsewhere, although it has been the target of militant Islamists over the years. On Thursday, two suicide bombers blew themselves up in attacks on police in the capital Tunis, killing one officer and wounding several others, while militant attacks in 2015 left dozens of people dead and drove away foreign tourists and investors alike.

Government troops have been battling militant groups in remote areas near the border with Algeria, while high unemployment has also stoked unrest in recent years. After the overthrow of Ben Ali, Essebsi led the immediate transition as prime minister in 2011. He was elected president three years later. Essebsi had also been a senior figure before 2011, having served as foreign minister under state founder Habib Bourguiba and parliamentary speaker under Ben Ali.

In June, he said he would not run for a second term in elections this year, despite his party calling for him to stand. The party has not identified another candidate yet. Under a new constitution guaranteeing democratic freedoms, Essebsi has limited powers compared with Ben Ali, and he is mainly responsible for foreign and defence policies.

The day-to-day business of government and economic policy is run by Prime Minister Youssef Chahed, in office since 2016. He is also the main contact person for the International Monetary Fund and other donors which have kept Tunisia afloat amid its economic crisis.