Turkey is ready to take over Syria's Manbij: Erdogan

Trump confounded his own national security team with a surprise decision on December 19 to withdraw all 2,000 U.S. troops from Syria. 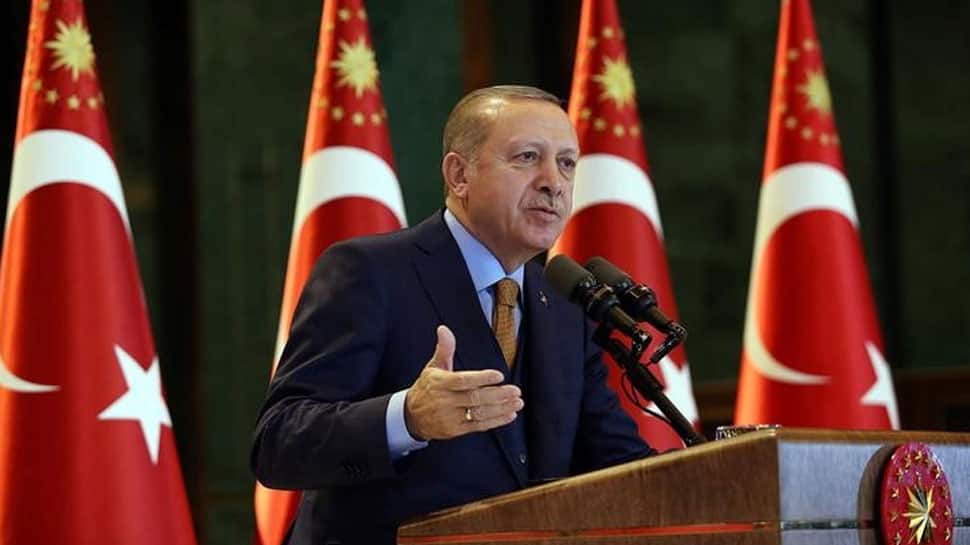 Erdogan told Trump that the suicide bombing in Manbij, a town in northeast Syria controlled by a militia allied to U.S.-backed Kurdish forces, was a provocative act aimed at affecting Trump`s decision last month to withdraw U.S. troops from Syria.

Trump confounded his own national security team with a surprise decision on December 19 to withdraw all 2,000 U.S. troops from Syria, declaring the Islamic State militant group had been defeated there, a view not shared by many experts.

Manbij, which U.S.-backed forces captured from Islamic State in 2016, has emerged as a focal point of tensions after Trump`s decision to withdraw U.S. forces whose presence has effectively deterred Turkey from attacking Kurdish forces.

Manbij is controlled by U.S.-backed Syrian Democratic Forces (SDF), a militia allied to the U.S.-backed Kurdish YPG. Ankara views the YPG as a terrorist group and an extension of the outlawed Kurdistan Workers Party (PKK) that has for decades waged a separatist insurgency in Turkey.

In its description of the call, the White House made no mention of Erdogan`s offer to take over security in Manbij but said the two men agreed to keep pursuing a negotiated settlement for northeastern Syria that meets both nations` security needs.

"President Trump underscored the importance of defeating terrorist elements that remain in Syria," White House spokeswoman Sarah Sanders said in a description of the call.

"The two leaders agreed to continue to pursue a negotiated solution for northeast Syria that achieves our respective security concerns. They also discussed their mutual interest in expanding the trade relationship between the United States and Turkey," the spokeswoman added.

Trump has previously warned Turkey not to attack the Kurds in Syria and appeared to threaten Turkey`s economy if it did.
In its statement, the Turkish presidency also said that the two leaders had agreed to accelerate discussions between their chiefs of staff about a safe zone in northeastern Syria.

Last week, Trump suggested creating a safe zone, without elaborating. The SDF said on Wednesday it was ready to help create a safe zone, as fears grow that the U.S. withdrawal will give Turkey the opportunity to mount a new assault.

Turkey wants the zone to be cleared of the Kurdish group.