Washington has warned that going forward with the deal could result in US sanctions. 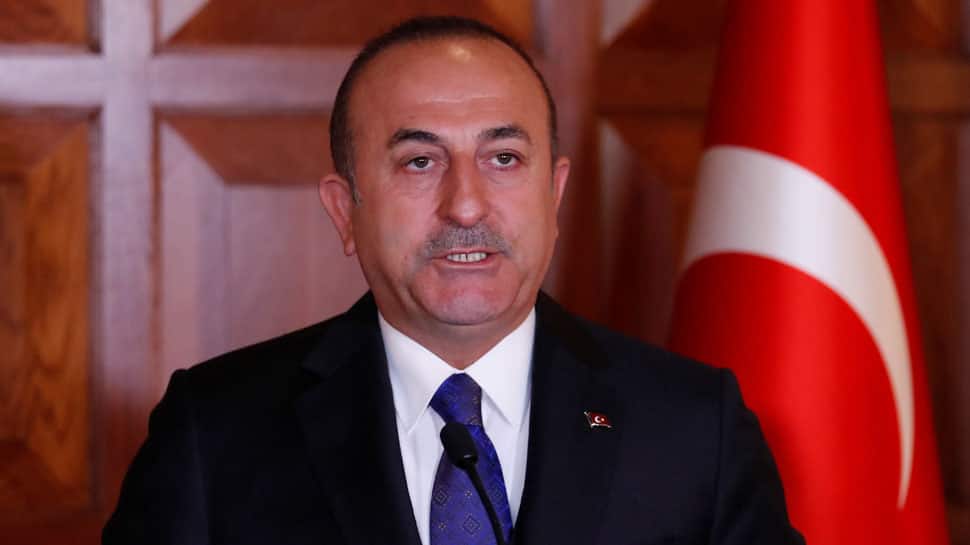 ANKARA: Turkey`s purchase of Russian S-400 missile defence systems, which has raised tensions with Washington, is a "done deal" and cannot be cancelled, Foreign Minister Mevlut Cavusoglu said on Thursday. The United States and Turkey have been at loggerheads over Ankara`s decision to purchase the S-400s, which are not compatible with NATO systems. Washington has warned that going forward with the deal could result in US sanctions.

Washington has urged Turkey to purchase Raytheon Co Patriot defence systems instead of the S-400s, but Ankara has said that, even though it would like to make such a deal, it would only be possible if the right terms were agreed upon.

Speaking at a news conference on the sidelines of a visit to the United States, Cavusoglu said Turkey would like to purchase the Patriot systems, but it would not back out of its deal with Russia.

"We have told them I don`t know how many months ago or years ago that it`s a done deal, so we cannot cancel it," Cavusoglu said. He said Turkey had received a new offer for the Patriot systems from the United States, which included prices and delivery dates, but added that they would negotiate. However, Cavusoglu said the United States could not guarantee it would be able to sell the Patriot systems to Ankara due to an impasse in the US Congress.

"The real problem is this: even today, the United States cannot give guarantees about selling the Patriots to Turkey. Can they give them tomorrow? They can’t guarantee it. Then who will meet my needs?" he said.

On Wednesday, Cavusoglu said Turkey had proposed forming a working group with the US administration to ensure that the S-400 poses no threat to US or NATO military equipment. He added that both the administration and Turkey should explain to the Congress why Turkey bought the S-400s.

Cavusoglu also said Turkey`s relations with Russia were not an alternative to its alliances with NATO or its partnerships and ambitions with the European Union.

"We made our choice a long time ago, and now we need to have good relations with everybody and we have to balance that," he said. "We don`t have to choose between this and that, but we have already made out decision and became a NATO ally."