The search for the two missing people, an Australian and a Canadian, continued as federal investigators began probing the cause of Monday`s deadly crash. 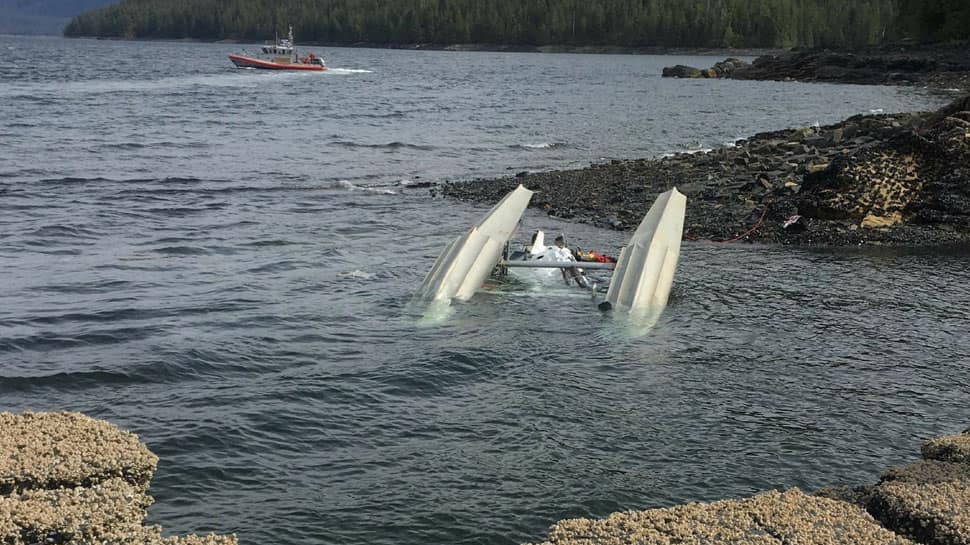 ANCHORAGE: Rescue teams and divers searched the waters of southeast Alaska on Tuesday for two passengers missing after a pair of sightseeing planes collided in midair, killing at least four people, the US Coast Guard said. The search for the two missing people, an Australian and a Canadian, continued as federal investigators began probing the cause of Monday`s deadly crash.

The two missing people were among 14 passengers from a Princess Cruises ship who boarded two seaplanes operated by separate tour companies in the town of Ketchikan on Monday, the cruise line said. No further information about the missing people was made available. The 14-member team from the National Transportation Safety Board that began investigating the crash on Tuesday is unlikely to determine the cause during the week the team will be at the scene, NTSB board member Jennifer Homendy told a news conference.

Ten people survived but were injured in the collision, which took place over open water during daylight hours, the Coast Guard said. At least four, including one of the pilots, were killed. The victims were not immediately identified. Three of the injured were in serious condition and seven in fair condition, Dr Peter Rice, medical director of the PeaceHealth Ketchikan Medical Center, told a separate news conference.

The water temperature off Ketchikan on Tuesday was 48 degrees Fahrenheit, according to the National Weather Service. Expected survival time in 40-to-50-degree (4-10 C) water is one to three hours, according to the United States Search & Rescue Task Force website. The investigators will be collecting information from the survivors, the Federal Aviation Administration, any other witnesses who might have been in the area, flight logs, training records and other sources, including the wrecked planes, Homendy said.

“We still have to recover the planes and then we have to look at those. It takes some significant work to really understand how the two came together," she said. All of the planes` passengers arrived in Ketchikan on the cruise ship Royal Princess during a seven-day trip between Vancouver, British Columbia, and Anchorage, Alaska, Princess Cruises said.

Ten passengers and a pilot were aboard one float plane, a de Havilland Otter DHC-3, operated by Taquan Air. Four passengers and a pilot were aboard the second float plane, a de Havilland DHC-2 Beaver, run by Mountain Air Service of Ketchikan. The crash site, at Coon Cove about 300 miles (480 km) south of Juneau, Alaska`s capital, lies near a tourist lodge that runs excursions to the nearby Misty Fjords National Monument. Ketchikan-based Taquan Air said the plane was returning from a sightseeing tour of Misty Fjords when the crash occurred.

US wants to return to the moon and Donald Trump wants extra $1.6 billion for it