The duo has been handed over to the Criminal Investigation Department (CID) for further investigations. 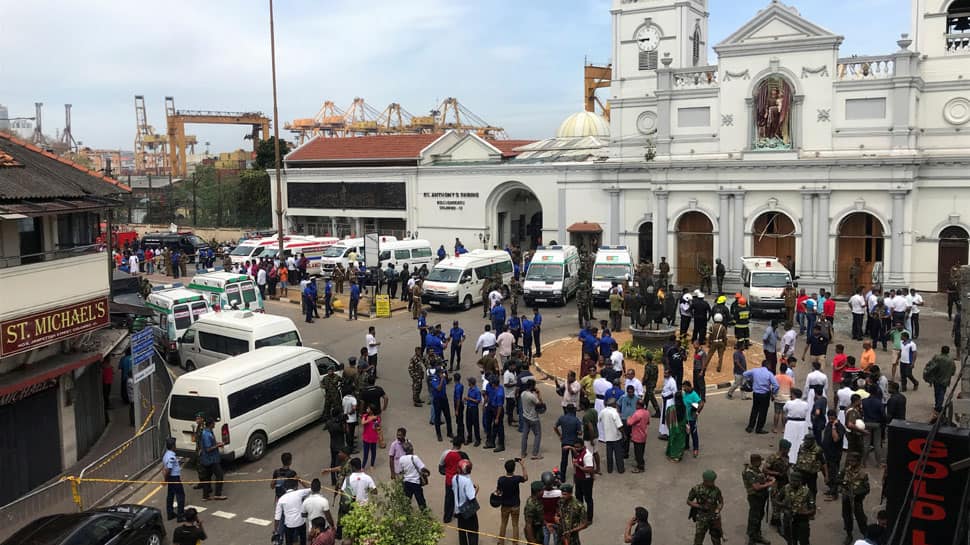 In the latest update, two wanted suspects related to the Easter Sunday attacks in Sri Lanka were arrested from Kandy district's Nawalapitiya.

The duo has been handed over to the Criminal Investigation Department (CID) for further investigations.

Another 106 suspects have been arrested, including a Tamil medium teacher and a school principal, in connection with the blasts, news agency PTI reported quoting the police.

The Islamic State terror group, in a statement published early Sunday, claimed the three terrorists who blew themselves up in the Eastern province were its members. Security has been improved at hotels, schools and public places.

Nine suicide bombers carried out a series of devastating blasts that tore through three churches and three luxury hotels on the Easter Sunday, killing 253 people.

The Islamic State claimed the attacks, but the government has blamed local Islamist extremist group NTJ for the attacks. Sri Lanka on Saturday banned the NTJ and a splinter group linked to the ISIS.

According to Sri Lanka's Foreign Ministry, the number of foreign nationals who have been identified as killed remained at 40, including 11 from India.

Sri Lanka has a population of 21 million which is a patchwork of ethnicities and religions, dominated by the Sinhalese Buddhist majority. Muslims account for 10 per cent of the population and are the second-largest minority after Hindus. Around seven per cent of Sri Lankans are Christians.