Two women beaten, robbed by gang of men in UK 'for refusing to kiss'

The incident took place in the early hours of May 30 after the two women, in their 20s, boarded a night bus in West Hampstead. 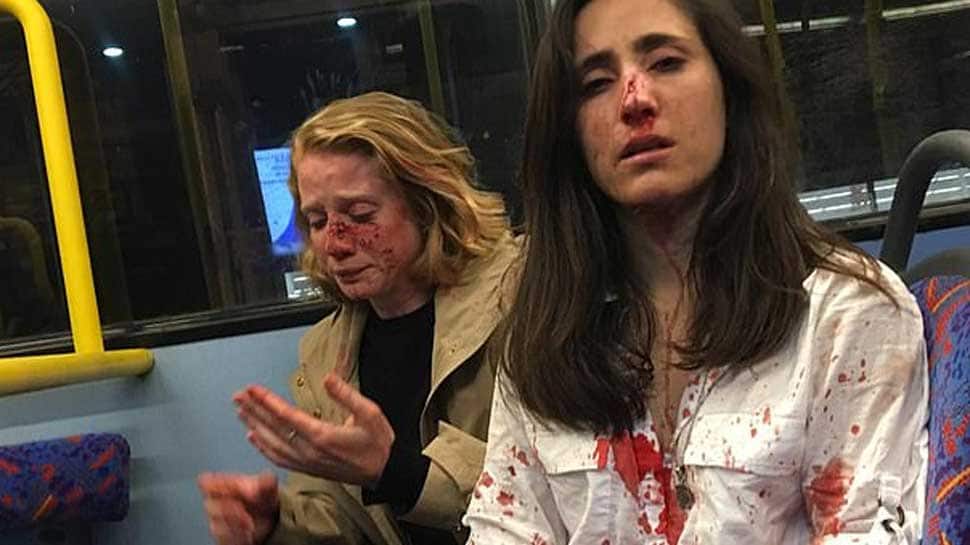 LONDON: Two women were punched and robbed in a homophobic assault on a London bus, police said on Friday, as media reported that they were left covered in blood after refusing their attackers` demands to kiss.

The incident took place in the early hours of May 30 after the two women, in their 20s, boarded a night bus in West Hampstead.

"As they sat on the top deck, they were approached by a group of four males who began to make lewd and homophobic comments to them," a police statement said.

"The women were then attacked and punched several times before the males ran off the bus. A phone and bag were stolen during the assault."

Both women were treated in hospital for facial injuries.

Arrests have been made, police later added on Twitter, without elaborating.

Melania Geymonat, 28, told BBC radio the men began harassing them when they discovered she and her girlfriend Chris were a couple.

"They surrounded us and started saying really aggressive stuff, things about sexual positions, lesbians and claiming we could kiss so they could watch us," she said.

"To ease the situation I tried to make some jokes like Chris wasn`t understanding because she didn't speak English. She even acted as if she was sick... but they started throwing coins. The next thing I know Chris is in the middle of the bus and they are punching her, '' she said.

"So I immediately went there by impulse and tried to pull her out of there and they started punching me. I was really bleeding," she added.

London Mayor Sadiq Khan said on Twitter, "This was a disgusting, misogynistic attack. Hate crimes against the LGBT+ community will not be tolerated in London."

Police are still appealing for witnesses.