Moore, 57, joined the Secret Intelligence Service (SIS) in 1987, just four years before the collapse of the Soviet Union in 1991. 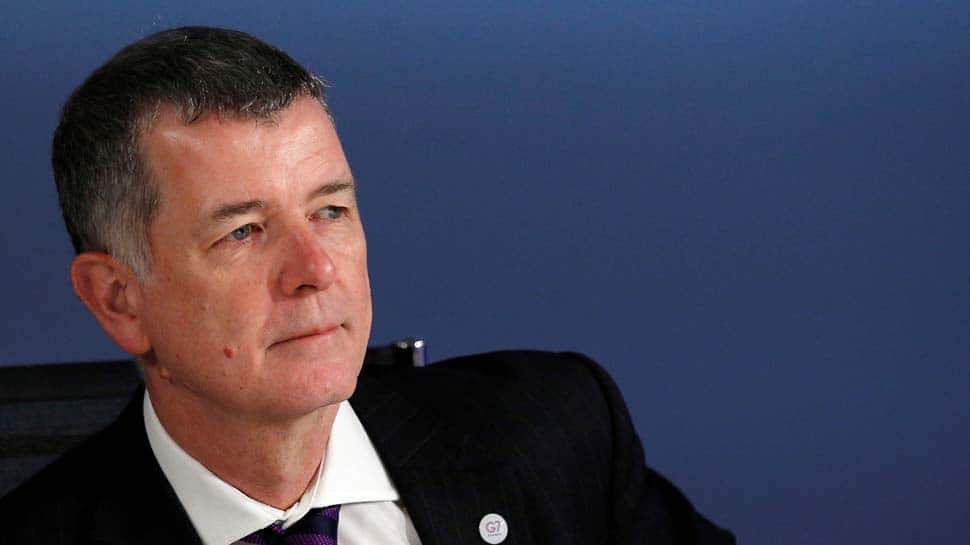 LONDON: Britain on Wednesday named career diplomat and intelligence officer Richard Moore as the new chief of the MI6 spy service as the West seeks to bolster its defences against hostile espionage from China and Russia. Moore, 57, joined the Secret Intelligence Service (SIS) in 1987, just four years before the collapse of the Soviet Union in 1991.

An accomplished intelligence officer, Moore served in various diplomatic and security roles before winning one of the most powerful jobs in Western intelligence. Alex Younger, the current chief of MI6 - or plain "C" - will step down in the autumn. "I am pleased and honoured to be asked to return to lead my Service," said Moore, who is currently director-general of political affairs at the Foreign Office.

Moore served as British ambassador to Turkey from January 2014 to December 2017 and has also served as deputy national security adviser. Born in Libya, he studied Philosophy, Politics and Economics at Oxford University and was a Kennedy Scholar at Harvard. His biggest challenge is likely to be China, which the United States has identified as its major geopolitical foe, though he will also have to fight for funding after British politicians splurged on the coronavirus crisis.

As technology transforms spying, Moore will have to work out how one of the world`s pre-eminent human intelligence services can best garner mass data while preserving its renown for getting high-level sources to steal secrets across the world. MI6, depicted by novelists as the employer of some of the most memorable fictional spies, from John le Carré’s George Smiley to Ian Fleming’s James Bond, operates overseas and is tasked with defending Britain and its interests.

Younger has served since November 2014. He stayed on longer than is usual to ensure stability through the political tumult of the Brexit negotiations. His biggest challenge was the attempted murder of Sergei Skripal, a Russian double agent turned by MI6, in the English cathedral city of Salisbury in 2018 with a Soviet-designed nerve agent known as Novichok.

Britain blamed Russian military intelligence (GRU) but the Kremlin denied any involvement. The attack prompted the biggest Western expulsion of Russian diplomats and spies since the Cold War.

Factbox: Queen of the Skies to end reign as Boeing winds down 747 output