A detailed report by the All Party Parliamentary Group for the Ahmadiyya Muslim Community speaks of targeted attacks on the non-Muslim community with particular emphasis on Pakistan. 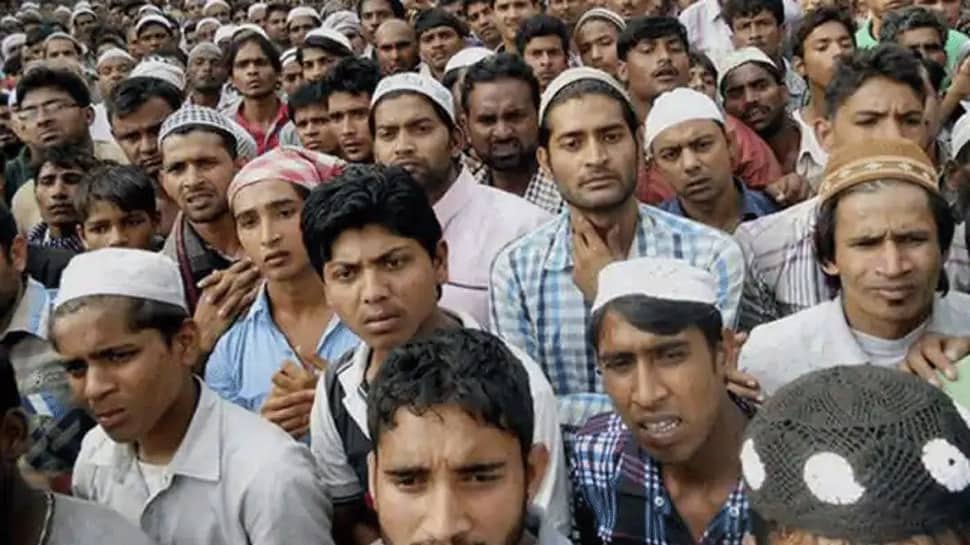 Ahmadi Muslims, who played a pivotal role in the creation of Pakistan, are facing severe persecution by the Pakistani government. This culminated in the events of 1974, when Prime Minister Zulfikar Ali Bhutto turned the anti-Ahmadi movement into fully-fledged state-sponsored persecution. He enacted a 1974 Constitutional Amendment specifically targeting Ahmadi Muslims, declaring them ‘not Muslims for purposes of law and constitution’. It was a watershed moment in Pakistan’s history.

A detailed report by the All Party Parliamentary Group titled - 'Suffocation of the Faithful: The Persecution of Ahmadi Muslims in Pakistan and The Rise of International Extremism', speaks of targeted attacks on the non-Muslim community with particular emphasis on Pakistan.

Under General Zia-ul-Haq’s promise to 'ensure that the cancer of Qadianism (a derogatory term for the Community) is exterminated', thousands of Ahmadi Muslims were charged under these laws, and Pakistan developed a sickening culture of anti-Ahmadi harassment, violence and murder.

Most infamously, on May 28, 2010, two Ahmadi Muslim mosques in Lahore were attacked. 86 Ahmadi Muslims and a Christian were massacred. Mobs of hundreds have attacked mosques, the grave of Pakistan’s first Nobel Laureate has been desecrated, and the word ‘Muslim’ scrubbed from his tombstone.

"Despite the persecution we face in Pakistan and the myriad of restrictions placed upon us, Ahmadi Muslims continue to serve their nation with a spirit of love, selflessness and devotion, as loyalty to one’s nation is an inherent part of Islamic faith," the report quoted Hazrat Mirza Masroor Ahmad, the leader of the global Ahmadiyya community.

The APPG report also requested the UK government to put pressure on Pakistan for removal of its anti-Ahmadi laws.

In Pakistan, Ahmadi mosques have also been targeted on grounds that Ahmadis cannot ‘pose’ as Muslims, therefore they cannot pray as Muslims and their places of worship cannot be called mosques or resemble mosques. As a result many Ahmadi mosques have been sealed, attacked and even destroyed.

The APPG Inquiry heard that Ahmadi Muslims are denied the right to rest in peace after death. Ahmadi families are routinely barred by local extremist clerics from burying their loved ones at the local cemetery. As a result, many families are forced to travel long distances to put their loved ones to rest.

The persecution of the Ahmadiyya Muslim Community is the most severe in Pakistan. However, it is worrying to observe that phenomenon has spread to different countries across the world.

The APPG Inquiry found extremist agendas and activity are filtering into the United Kingdom. It heard how extremist clerics coming from Pakistan have been able to freely enter the UK, to carry out fundraising activities and deliver inflammatory sermons at events such as Khatme Nabuwwat conferences and promoting anti–Ahmadi sentiments.

Ahmadi Muslims have experienced discrimination in the UK. Many parents have told their children not to make friends with Ahmadi Muslim children at school.

"The Inquiry heard how Birmingham City Council's Standing Advisory Council on Religious Education (SACRE) had refused membership for Ahmadis unless they removed the word Muslim from their title. Similar sentiments were echoed in other groups, such as the Waltham Forest interfaith forum in which Ahmadi Muslims were not permitted to be registered as part of a group representing local Muslims," the report added.

On March 24, 2016, Ahmadi Muslim shopkeeper – Asad Shah, was savagely attacked and stabbed in broad daylight on the streets of Glasgow. He died from his injuries at Queen Elizabeth University Hospital.

"The Ahmadiyya mosque in Sialkot of Pakistan was torn apart by hand and it was incited by a preacher who had come to the UK in 2014 and given a lecture here at the Khatme Nabuwwat Conference. I’ve raised with the government that you need to ban this guy from ever entering this country because he’s on video inciting the mosque to be torn down piece by piece but I have not had a response," said Fiyaz Mughal, to the APPG Inquiry.

In Bangladesh, a suicide bomber detonated explosives during the Friday Prayer at a mosque in a remote northern village in 2015 and wounding three members of the Ahmadiyya Muslim Community. In May 2017, an Ahmadi Imam was brutally attacked at his local mosque. Similarly, in 2019, extremists vandalized and torched houses owned by Ahmadi Muslims to protest against the Jalsa Salana, the community’s annual convention. Around 50 people were injured in co-ordinated attacks by hardline Islamist groups.