Ukraine demands apology, compensation from Iran for shooting down airplane, with 176 onboard

Ukraine President Volodymyr Zelenskiy said Iran must take further steps, including an official apology, following its admission that one of its missiles shot down a Ukrainian passenger plane. 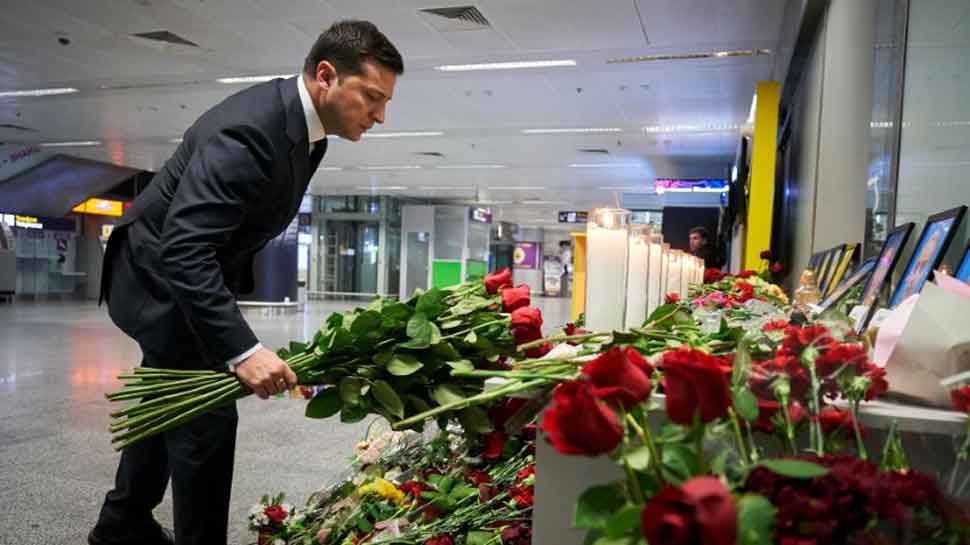 New Delhi: Hours after Iran admitted to mistakenly shooting down a Ukrainian plane killing all 176 aboard and voiced deep regret over the incident, Ukraine on Saturday (January 11)

Ukraine President Volodymyr Zelenskiy said Iran must take further steps, including an official apology, following its admission that one of its missiles shot down a Ukrainian passenger plane. He said in a statement today that Ukraine expected from Iran 'assurances' of a 'full and open investigation, bringing the perpetrators to justice.'

He added that Ukraine expected the 'paying of compensation' and 'official apologies through diplomatic channels.'

Zelenskiy also expressed hope for the continuation of the crash investigation without delay. A team of Ukrainian investigators is in Iran. "Our 45 specialists should get full access and cooperation to establish justice," he said.

Earlier today, Iran announced that its military unintentionally shot down a Ukraine passenger plane, killing 176 people onboard. The statement came on Saturday morning and blamed 'human error' for the shootdown.

Iran had previously rejected suggestions that one of its missiles brought down the plane near the capital, Tehran, on Wednesday. But then, the United States and Canada, citing intelligence, said they believe Iran shot down the aircraft.

The jetliner, a Boeing 737 operated by Ukrainian International Airlines, went down on the outskirts of Tehran during takeoff just hours after Iran launched a barrage of missiles at US forces. The plane en-route to the Ukraine capital was carrying 167 passengers and nine crew members from different countries, including 82 Iranians, at least 63 Canadians and 11 Ukrainians.

US media have speculated that the airliner may have been mistaken for a warplane as Iran prepared for possible US retaliation.

Iran admits to shooting down Ukrainian passenger plane, blames US for 'human error'