Egypt has succeeded in making a major archaelogical discovery amid coronavirus COVID-19 crisis as the country's Supreme Council of Antiquities discovered a unique cemetery dating back to the el-Sawi era, known as the 26th Dynasty. 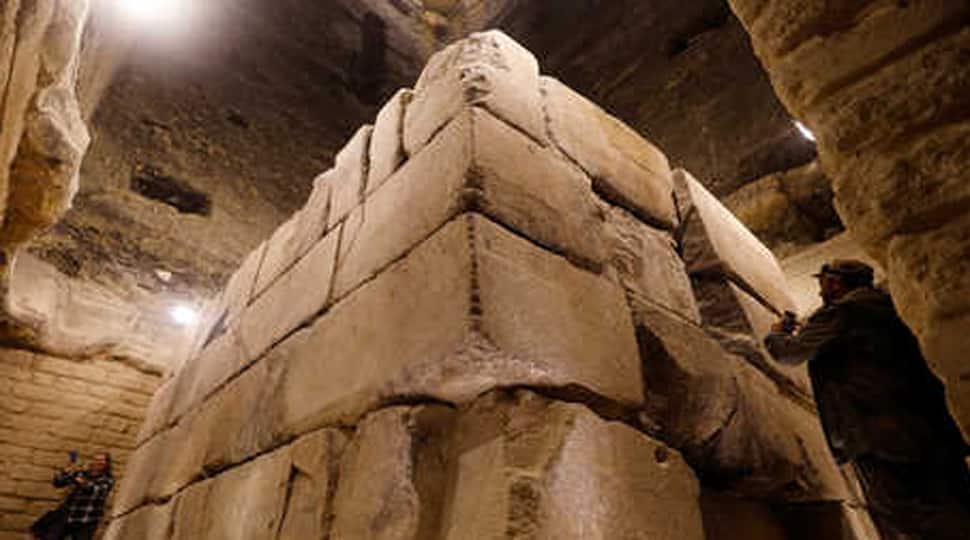 Egypt has succeeded in making a major archaelogical discovery amid coronavirus COVID-19 crisis as the country's Supreme Council of Antiquities discovered a unique cemetery dating back to the el-Sawi era, known as the 26th Dynasty.

Mostafa Waziri, secretary-general of the Supreme Council of Antiquities, anounced that an Egyptian-Spanish archaeological mission affiliated with the University of Barcelona discovered the cemetery in Bahnasah region, located in Minya governorate, a very popular archaeological regions in Egypt.

According to Waziri, the newly-discovered cemetery consists of one room built with polished limestone. The walls have a curvature from the top of the roof, which gives a flat appearance to the cemetery. It is to be noted that other cemeteries discovered in the area are vaulted. Waziri also informed the media that the cemetery did not have any funerary furniture.

Esther Ponce, head of the joint mission, said that the archaelogists have also found eight tombs dating back to the Roman era with a domed and nonengraved roof. The tombs are full of Roman tombstones, bronze coins, small crosses and clay seals.

Soha Bahgat, spokesman for the Egyptian Ministry of Tourism and Antiquities, told Al-Monitor Bahnasawas known in Hellenistic times as the city of Oxyrhynchus (meaning sharp-nosed fish). “In the Islamic era, the city of Bahnasa was named after Bahaa el-Nesaa, the daughter of the city's governor during the Islamic conquest,” she said.

Bahgat added that Bahnasa was a prominent city during the Roman era and over 30,000 monks used to live here back then. “The city has a complete archive that was uncovered in the late 19th century consisting of more than 50,000 papyri,” she added.

According to Bahgat, the archaeological excavations began in 2008 and the Egyptian-Spanish mission has also discovered the ruins of a mudbrick church dating back to the fifth century.

The excavation works was completed in 2013 after a two-year break in 2011 and 2012 due to the security situation in the country. At that time, the mission succeeded in finding the remains of soft brick walls of a prayer room, a monk’s room, a dining room, a kitchen and a crops storage area.