The UN World Meteorological Organization (WMO) was invited to brief the members of the Security Council on climate and extreme weather issues. 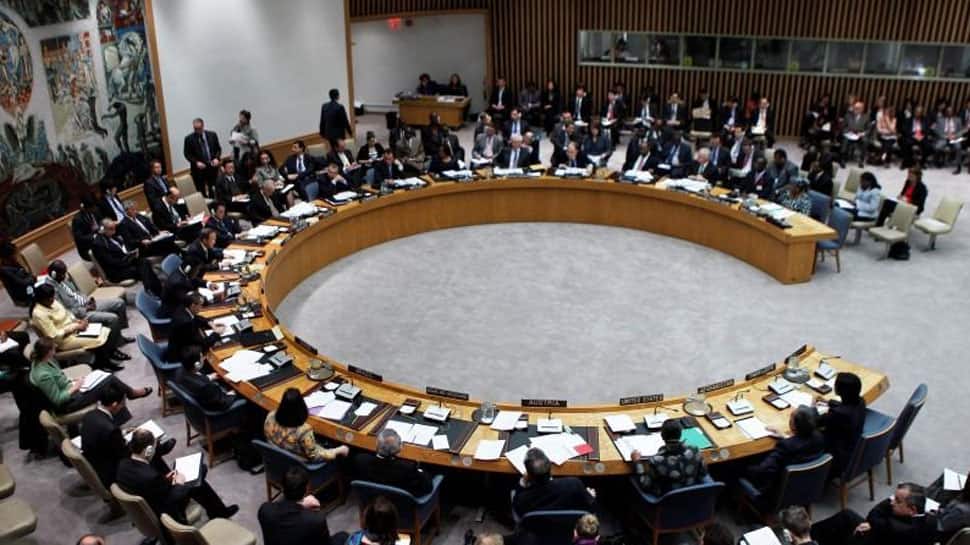 United Nations: The United Nations Security Council held an open debate to discuss the impact of climate change on peace and security, while calling for action to diminish the effects of global warming.

"The risks associated with climate-related disasters do not represent a scenario of some distant future. They are already a reality today for millions of people around the globe," Rosemary DiCarlo, UN`s political affairs chief was quoted as saying by Xinhua news agency on Friday.

"Most important, for all of us, is the recognition that deeds must follow words. Major armies and businesses have long recognized the need to prepare for climate-related risks, rightfully perceiving climate change as a threat multiplier," DiCarlo said.

"We must act now, with a sense of urgency and a commitment to place people, especially those most marginalised and vulnerable, at the centre of our efforts," she stated.

Achim Steiner, administrator of the UN Development Programme (UNDP), also delivered remarks, by phone. An environmentalist by training, Steiner noted that climate change is "not only affecting the atmosphere, but also the biosphere," and that the world is "not keeping up with the challenge."

He called on the Security Council to recognize the science and empirical evidence, leverage all possible measures that can slow global warming, and invest in climate adaptation and risk reduction for the millions of people already suffering from the effects of climate change.

For the first time in history, the UN World Meteorological Organization (WMO) was invited to brief the members of the Security Council on climate and extreme weather issues. Pavel Kabat, chief scientist at the WMO, brought some clear scientific data to the table Friday to inform the debate.

"Climate change has a multitude of security impacts - rolling back the gains in nutrition and access to food; heightening the risk of wildfires and exacerbating air quality challenges; increasing the potential for water conflict; leading to more internal displacement and migration," he said. "It is increasingly regarded as a national security threat."

Before the floor was opened to members of the Security Council, a youth representative and a researcher on environmental security, Lindsay Getschel, was also invited to speak. She came to the meeting with three key tasks for the UN body, including adopting a resolution, officially recognizing climate change as a threat to international peace and security.

Getschel finished by reminding those present in the hall that many across the world "do not have the luxury to not care about this issue," and called on world leaders to "live up to their words." At least 75 officials from Security Council members and other UN member states participated in the meeting, 13 of whom are at ministerial level.

Climate change has gained traction in the Security Council`s work over the past two years.

'Will not testify against the President': Roger Stone