Another politically powerful cleric pulled his opposition faction`s lawmakers out of parliament, a gesture likely to fuel the passions behind the unrest. On the streets of Baghdad, police appeared to be targetting individual protesters. 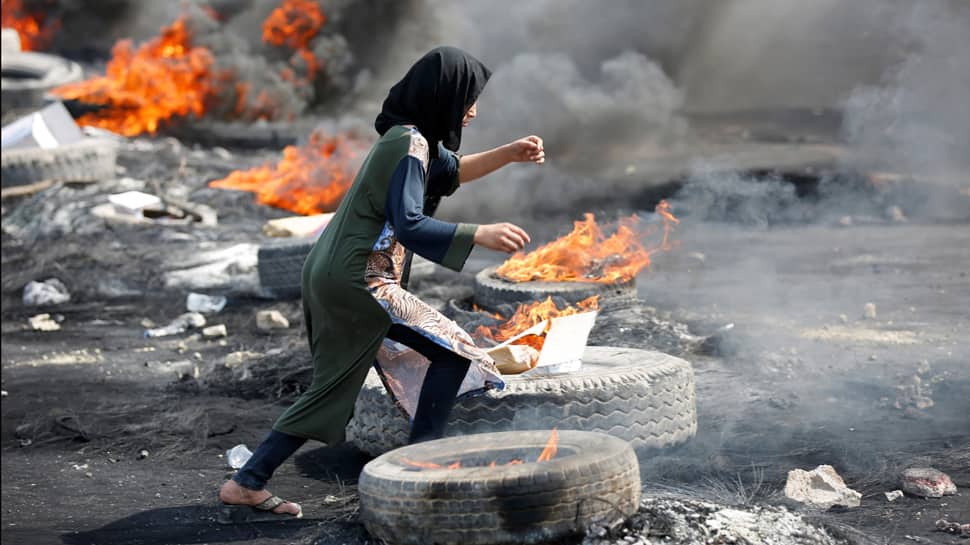 BAGHDAD: Police snipers fired at demonstrators in Baghdad on Friday, as the death toll rose to 60 people in three days of violent national protests against government corruption. Prime Minister Adel Abdul Mahdi called for calm but protesters scorned his promises of political reform. The country`s most influential cleric pinned the blame for the violence on politicians who had failed to improve the lives of the public, and ordered them to meet the protesters` demands.

Another politically powerful cleric pulled his opposition faction`s lawmakers out of parliament, a gesture likely to fuel the passions behind the unrest. On the streets of Baghdad, police appeared to be targetting individual protesters. Reuters reporters saw one fall to the ground after being shot in the head. He was pronounced dead in hospital. Elsewhere, a Reuters television crew saw a man critically wounded by a gunshot to the neck after snipers on rooftops opened fire at a crowd.

The violence is the worst since Iraq put down an insurgency by Islamic State two years ago. The protests arose in the south, heartland of the Shi`ite majority, but quickly spread, with no formal leadership. Security and medical sources gave a death toll on Friday of 60 killed across Iraq in three days of unrest, the vast majority of the deaths in the last 24 hours as the violence accelerated. "It is sorrowful that there have been so many deaths, casualties and destruction," Iraq`s most influential cleric, Grand Ayatollah Ali al-Sistani, said in a letter read out by his representative during a sermon.

"The government and political sides have not answered the demands of the people to fight corruption or achieved anything on the ground," said Sistani, who stays out of day-to-day politics but whose word is law for Iraq`s Shi`ites. "Parliament holds the biggest responsibility for what is happening."

Populist cleric Moqtada al-Sadr, who leads the largest opposition bloc in parliament, ordered his lawmakers to suspend participation in the legislature until the government introduces a programme that would serve all Iraqis. Many government officials and lawmakers are widely accused of siphoning off public money, unfairly awarding contracts in state institutions and other forms of corruption.

`WE WALK AMONG YOU`

The violence is an unprecedented test for Adel Abdul Mahdi, a mild-mannered veteran politician who came to power last year as a compromise candidate backed by powerful Shi`ite groups that have dominated Iraq since the downfall of Saddam Hussein in 2003. In his overnight address, Abdul Mahdi pledged reforms but said there was no "magic solution" to Iraq`s problems. He insisted politicians were aware of the suffering of the masses: "We do not live in ivory towers - we walk among you in the streets of Baghdad," he said.

A young man in a crowd fleeing sniper shots at a central Baghdad square was scornful. "The promises by Adel Abdul Mahdi are to fool the people, and today they are firing live gunshots at us," he said. "Today this was a peaceful protest. They set up these barricades, and the sniper is sitting right there since last night."

Curfews were imposed in a number of cities. Authorities shut roads into the capital from the north and northeast and were sending reinforcements to Baghdad`s densely populated east. Military convoys were being sent to Nassiriya. Late on Thursday protesters in Baghdad gathered in darkness by a bonfire set among the flaming wreckage of an armoured vehicle, across the Tigris River from the government compound. "They are shooting live fire at the Iraqi people and the revolutionaries. We can cross the bridge and take them out of the Green Zone!" a man shouted to Reuters TV.

"Abdul Mahdi, they will cross the bridge. You better resign. Resign." he shouted as the crowd behind him took up a chant that swept the Middle East during popular uprisings across the region in 2011: "The people demand the fall of the regime!"

The unrest occurs on the eve of Arbaeen, a Shi`ite pilgrimage which in recent years has drawn 20 million worshippers, trekking for days on foot across southern Iraq in the world`s biggest annual gathering, 10 times the size of the Mecca Hajj. Some pilgrims were already taking to the roads on Friday, although in smaller numbers than in recent years. Iran has closed one of the border crossings used by millions of pilgrims. Qatar has told its citizens to stay away.

A senior Iranian cleric blamed the unrest on the United States and Israel, saying they aimed to thwart the pilgrimage. The protests could grow if they receive formal backing from Sadr, who has long denounced corruption and the political elite. Parliament was set to hold a session dedicated to finding a solution, but Sadr`s faction was staying away.

Sadr has not called on his followers to join the protests, but his faction has expressed sympathy with their aims. One senior Sadrist politician, Awad Awadi, described the protests to Reuters as "a revolution of hunger".