The commander of U.S.-backed forces in Syria called on Monday for about 1,000 to 1,500 international forces to remain in Syria to help fight Islamic State and expressed hope that the United States, in particular, would halt plans for a total pullout. 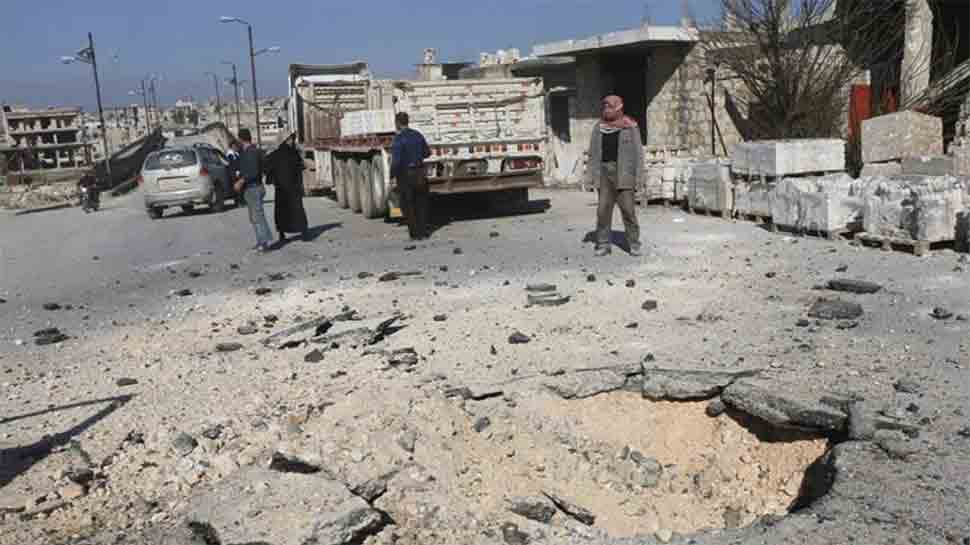 AIRBASE IN NORTHEAST SYRIA: The commander of U.S.-backed forces in Syria called on Monday for about 1,000 to 1,500 international forces to remain in Syria to help fight Islamic State and expressed hope that the United States, in particular, would halt plans for a total pullout.

The remarks by Mazloum Kobani, the commander-in-chief of the Kurdish-led Syrian Democratic Forces, followed talks with senior U.S. generals at an airbase in northeast Syria and offered perhaps the most comprehensive view to date of his requests for an enduring military assistance from the U.S.-led coalition.

"We would like to have air cover, air support and a force on the ground to coordinate with us," Kobani told a small group of reporters who travelled with the U.S. military to an airbase at an undisclosed location in northeast Syria.

Kobani said there was discussions about perhaps French and British troops supporting them in Syria. But he stressed he also wanted at least "a partial group of American forces," who now number more than 2,000 in Syria, to stay as well.

U.S. Army General Joseph Votel, head of Central Command, said after the talks with Kobani that he was still carrying out President Donald Trump`s December order for a complete U.S. withdrawal of American forces.

"We certainly understand what they would like us to do, but of course that`s not the path we`re on at this particular point," Votel told reporters.

Asked about any discussions on a continuing U.S. presence in Syria, Votel said: "So the discussion really isn`t about U.S. forces staying here. We`ve looked at potentially what coalition (forces) might be able to do here."