The 15-member United Nations Security Council discussed Israel’s decision behind closed doors on Wednesday at the request of Kuwait and Indonesia, which also drafted the statement. 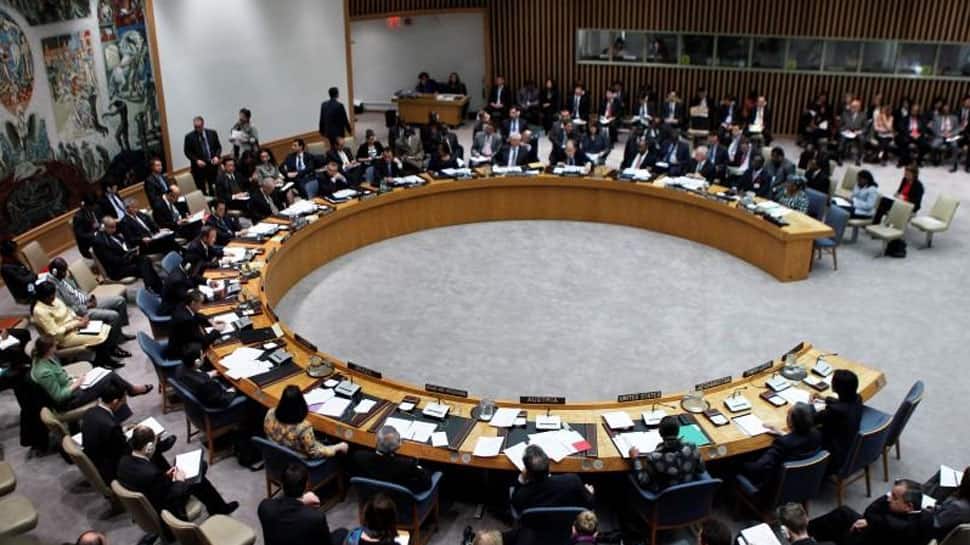 UNITED NATIONS: The United States blocked a draft United Nations Security Council statement on Wednesday that would have expressed regret at Israel’s decision to eject a foreign observer force from the flashpoint Palestinian city of Hebron, diplomats said.

Israeli Prime Minister Benjamin Netanyahu said last week he would not renew the mandate of the Temporary International Presence in Hebron (TIPH), accusing the observers of unspecified anti-Israel activity. Norway, which has headed the multi-country observer mission for the past 22 years, said: “The one-sided Israeli decision can mean that the implementation of an important part of the Oslo accords is discontinued.”

The 15-member United Nations Security Council discussed Israel’s decision behind closed doors on Wednesday at the request of Kuwait and Indonesia, which also drafted the statement. Such a statement has to be agreed by consensus.

UN diplomats said the United States did not believe a council statement on the issue was appropriate. The draft statement, seen by Reuters, would have also recognized the importance of the TIPH and its “efforts to foster calm in a highly sensitive area and fragile situation on the ground, which risks further deteriorating.”

The United States has long accused the United Nations of anti-Israel bias and shields its ally from Security Council action. Hebron, a Palestinian city of 200,000 people, is home to a community of about 1,000 Israeli settlers who are guarded by a large Israeli military presence.

The TIPH was set up after a Jewish settler killed 29 Palestinians at a Hebron shrine holy to both Muslims and Jews in 1994. The city has also seen stabbing and shooting attacks against settlers and Israeli soldiers by Palestinians.

Since Israel partially withdrew from Hebron in 1998 under interim peace deals with the self-rule Palestinian Authority, the TIPH has monitored “breaches of the agreements (and) violations of international humanitarian law and international human rights law,” the force’s website says.

Peace talks between the Israelis and Palestinians collapsed in 2014. Most world powers consider Israel’s settlements in the West Bank, territory captured by Israel in a 1967 war, to be illegal. Israel disputes that, citing biblical, historical and political ties to the land.