The incident almost resulted in a retaliatory strike by the US military but President Donald Trump pulled the plug on the attack just 10 minutes before it was to take place. 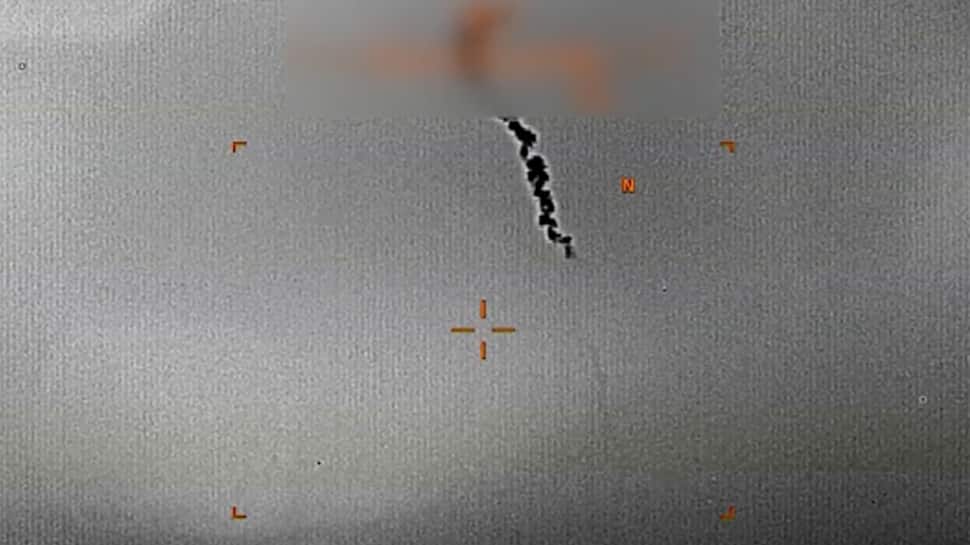 A video which shows the shooting down of a US BAMS-D RQ-4A Global Hawk High-Altitude Long Endurance (HALE) Unmanned Aircraft System (UAS) by Iran's Islamic Revolution Guards Corps (IRGC) Aerospace Force has been released by the US Central Command (CENTCOM). The 15-second-long grainy video shows a smoke trail and the falling debris of the RQ-4A Global Hawk drone after it was hit by an Iranian surface-to-air missile over the Strait of Hormuz on June 19, 2019.

READ | Iran says could have shot down US Navy P-8 Poseidon with 35 on board, but chose drone to 'send a message to Americans' |

US military was cocked and loaded to retaliate, but 150 Iranian lives not proportionate to a drone, says Donald Trump

The incident almost resulted in a retaliatory strike by the US military but President Donald Trump pulled the plug on the attack just 10 minutes before it was to take place. Tensions remain high in the Persian Gulf with Iran also threatening to take all measure to safeguard its borders.

Iran claimed the drone was shot down after it had violated its airspace, a charge the US has denied. While Iran's Foreign Minister Mohammad Javad Zarif said that the debris of the RQ-4A Global Hawk had been retrieved from his country's territorial waters near Kouh-e Mobarak, a statement by the CENTCOM claimed the shooting was an "unprovoked attack on a US surveillance asset in international airspace".

Trump on Friday tweeted that the American military was cocked and loaded to avenge the attack on the drone but he called off the strike as it would have resulted in the loss of only 150 Iranian lives, a casualty figure that he said were not in proportion to the loss of the RQ-4A Global Hawk.

“We were cocked & loaded to retaliate last night on 3 different sights when I asked, how many will die. 150 people, sir, was the answer from a General. 10 minutes before the strike I stopped it, not proportionate to shooting down an unmanned drone,” tweeted Trump.

Iran, too, upped the ante by claiming that its forces had also tracked a US Navy P-8 Poseidon long-range anti-submarine warfare, intelligence, surveillance and reconnaissance aircraft with 35 on board violating its airspace but deciding against bringing it down. Instead, Iran's Islamic Revolution Guards Corps (IRGC) Aerospace Force shot down the RQ-4A Global Hawk to send a message to America.

"We intended to send a message to American terrorists in the region. Along with the American drone was an American P-8 aircraft with 35 on board, and it was also violating our airspace and we could have downed it too. But we did not do it, because our aim was to warn the terrorist forces of the US," IRGC Aerospace Force Commander Brigadier General Amir Ali Hajizadeh told Iran's Fars News Agency.

US military was cocked and loaded to retaliate, but 150 Iranian lives not proportionate to a drone, says Donald Trump