The US stated that Iran's attempted launch is an ability to eventually build ballistic missiles to threaten America's allies. 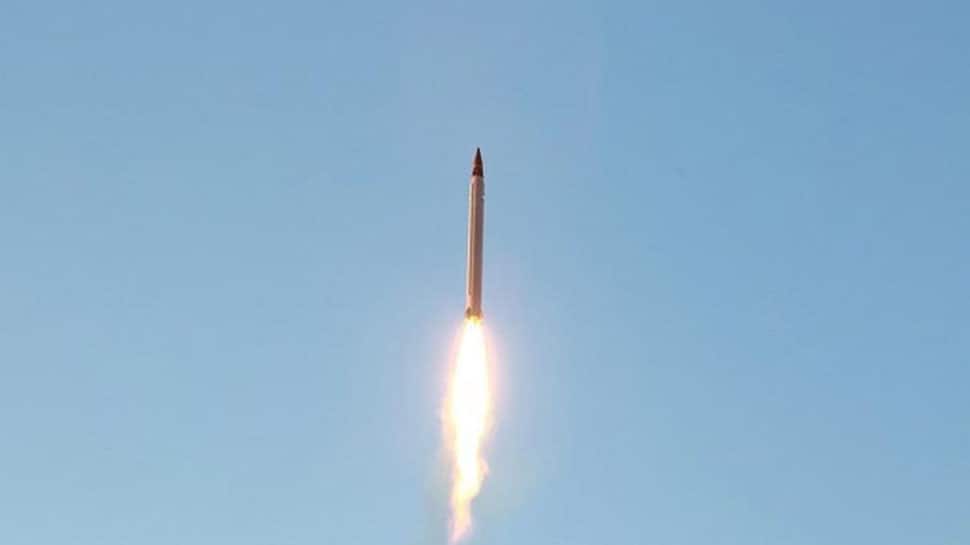 Washington: The US has called for tougher sanctions against the Iranian regime following the reported second failed space launch by Tehran in defiance to the international community and the Security Council resolutions.

Images released by the Colorado-based company DigitalGlobe have showed a rocket at the Imam Khomeini Space Center in Iran's Semnan province on Tuesday. Industry experts have suggested the launch failed just after liftoff.

The US stated that Iran's attempted launch is an ability to eventually build ballistic missiles to threaten America's allies. "In defiance of the international community, the Iranian regime continues to develop and test ballistic missiles, including a reported second failed space launch in less than a month," Robert Palladino, State Department Deputy Spokesperson, said.

He said that space launch vehicles use technologies that are virtually identical and interchangeable with those used in ballistic missiles, including in the Intercontinental Ballistic Missiles (ICBMs).
"This attempted launch furthers Iran's ability to eventually build such a weapon that threatens our allies," he said.

Accusing the Iranian regime of continously defying Security Council resolutions in its quest for a robust ballistic missile force, Palladino said: "Iran continues to increase its investment in missile testing and missile proliferation even as its economy crumbles and its people suffer".

Iran continues to brazenly defy the UNSCR 2231 that calls for endorsing the Joint Comprehensive Plan of Action on the nuclear program of Iran, he said. Stating that Iran is working to enhance missile capabilities that threaten American allies, the State Department official said that Iran's blatant disregard for international norms must be addressed.

The US State Department said that Iran has the largest ballistic missile force in the Middle East. "Iran has also exported ballistic missile systems to malign actors in the region, threatening innocent civilians," he said.

He said the US will continue to impose sufficient pressure on the regime so that it changes its malign behaviour - including by fully implementing all of American sanctions.

In 2015, a nuclear deal was negotiated and agreed to by Iran and the P5+1 (the US, UK, France, China, Russia, and Germany), granting Iran sanctions relief and returning frozen assets in exchange for restrictions on its nuclear programme and international inspections.

However, the US President Donald Trump announced withdrawal of the US from the deal in May last year.