US, EU, Canada slap sanctions on Russia over aggression against Ukraine 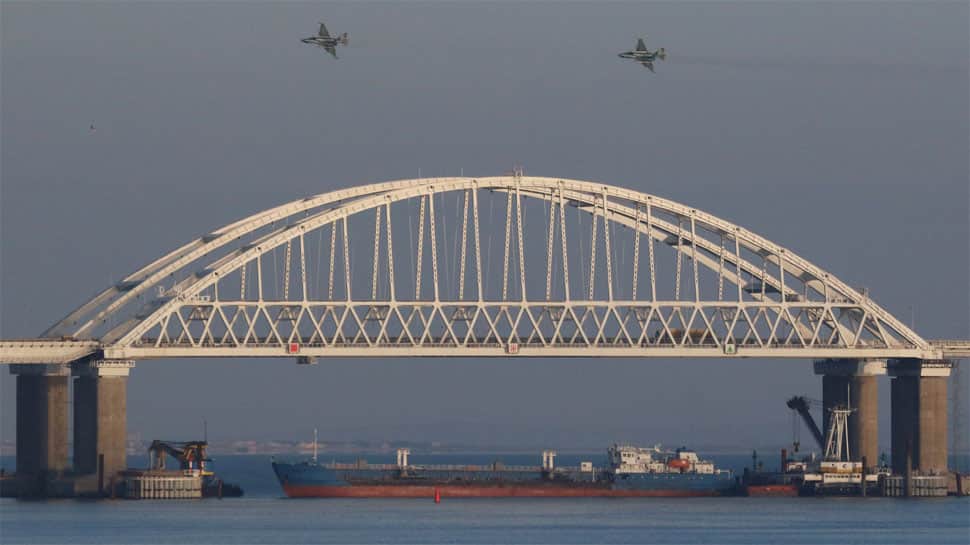 Russian jet fighters fly over a bridge connecting the Russian mainland with the Crimean Peninsula with a cargo ship beneath it (File/Reuters photo)
Share:
Written By:

WASHINGTON: The United States, the European Union (EU) and Canada imposed new sanctions on  Russia over its continued aggression against Ukraine.

In November 2018, the Russian navy captured 24 Ukrainian sailors and their vessels in the Kerch Strait. The United States, Canada and the European Union pressed to release the sailors.

“In the five years since Russia started its campaign of aggression against Ukraine, we have stood firmly with our Transatlantic partners in opposition to Russia’s malign and illegal actions, including its attack near the Kerch Strait. Russia’s attack represented a dangerous escalation and a violation of international law. We call upon Russia to immediately return to Ukraine the seized vessels and detained crewmembers, and keep the Kerch Strait and the Sea of Azov open to ships transiting to and from Ukrainian ports. We also call on Russia to respect Ukraine’s sovereignty and territorial integrity within its internationally recognized borders, including its territorial waters,” he added.

“The message to Russia is clear – the international community will not stand by while Russia continues to violate international norms and laws and the Transatlantic community stands united in our efforts to counter Russian aggression,” said Palladino.