US, Germany advise citizens against travel to Kabul airport amid evacuation chaos in Afghanistan

Crowds have grown at the airport in the heat and dust of the day over the past week, hindering operations as the United States and other nations attempt to evacuate thousands of their diplomats and civilians as well as numerous Afghans. 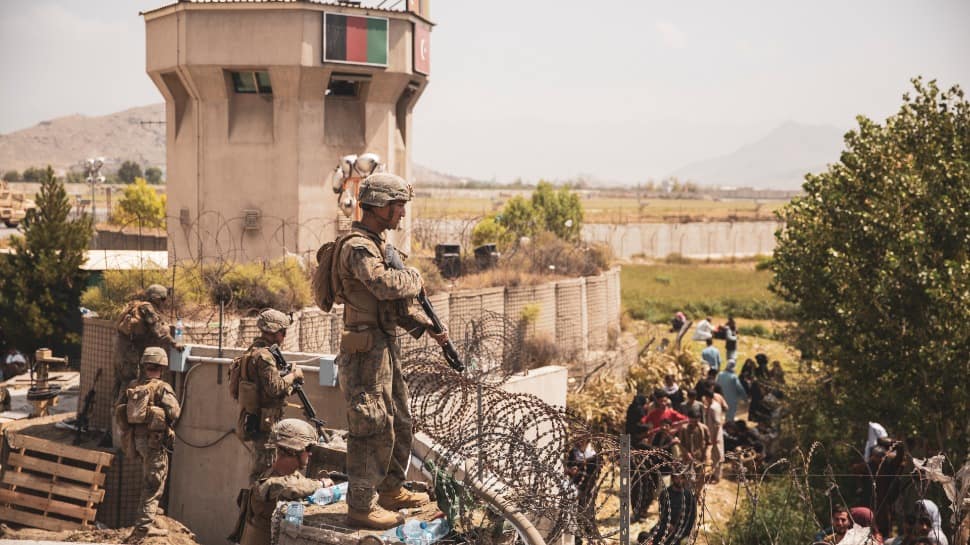 KABUL: The United States and Germany told their citizens in Afghanistan on Saturday to avoid travelling to Kabul airport, citing security risks as thousands of desperate people gathered trying to flee almost a week after Taliban Islamists took control.

The Taliban's co-founder, Mullah Baradar, arrived in the Afghan capital for talks with other leaders. The group is trying to hammer out a new government after its forces swept across the country as U.S.-led forces pulled out after two decades, with the Western-backed government and military collapsing.

Crowds have grown at the airport in the heat and dust of the day over the past week, hindering operations as the United States and other nations attempt to evacuate thousands of their diplomats and civilians as well as numerous Afghans. Mothers, fathers and children have pushed up against concrete blast walls in the crush as they seek to get a flight out.

The Taliban have urged those without travel documents to go home. At least 12 people have been killed in and around the single-runway airfield since last Sunday, when the Taliban seized control of Afghanistan, NATO and Taliban officials said.

"Because of potential security threats outside the gates at the Kabul airport, we are advising U.S. citizens to avoid travelling to the airport and to avoid airport gates at this time unless you receive individual instructions from a U.S. government representative to do so," a U.S. Embassy advisory said.

ALSO CHECK | The Afghanistan crisis: Children at the centre of the disaster - in pics

The German Embassy warned its citizens in an email that Taliban forces were conducting increasingly strict controls in its immediate vicinity.

Army Major General William Taylor, with the U.S. military`s Joint Staff, told a Pentagon briefing that 5,800 U.S. troops remain at the airport and that the facility "remains secure". Taylor said some gates into the airport were temporarily closed and reopened over the past day to facilitate a safe influx of evacuees.

A Taliban official, speaking to Reuters, said security risks could not be ruled out but that the group was "aiming to improve the situation and provide a smooth exit" for people trying to leave over the weekend. The Taliban`s takeover has sparked fear of reprisals and a return to a harsh version of Islamic law the Taliban exercised when they were in power two decades ago.

The Taliban official, speaking on condition of anonymity, said Baradar will meet militant commanders, former government leaders and policy makers, religious scholars and others. The official said the group plans to prepare a new model for governing Afghanistan in the next few weeks, with separate teams tackling internal security and financial issues.

"Experts from the former government will be brought in for crisis management," the official said.

The new government structure will not be a democracy by Western definitions, the official said, but "will protect everyone`s rights."

The Taliban follow an ultra-hardline version of Sunni Islam. They have sought to present a more moderate face since returning to power, saying they want peace and will respect the rights of women within the framework of Islamic law.

When in power from 1996-2001, also guided by Islamic law, the Taliban stopped women from working or going out without wearing an all-enveloping burqa and stopped girls from going to school.

Individual Afghans and international aid and advocacy groups have reported harsh retaliation against protests, and round-ups of those who had formerly held government positions, criticised the Taliban or worked with U.S.-led forces.

"We have heard of some cases of atrocities and crimes against civilians," the Taliban official said.

"If (members of the Taliban) are doing these law and order problems, they will be investigated," he said.

ALSO READ | Why Afghanistan is facing wrath of Taliban; a brief history of dreaded extremist group

Henri becomes a hurricane as it moves toward the Northeast US, expected to make landfall today