The House Judiciary Committee had been expected to cast its impeachment vote Thursday night. But as debate stretched toward midnight, the panel`s Democratic chairman delayed the proceedings until 10 a.m. ET (1500 GMT) Friday, further incensing Republicans after hours of rancorous debate. 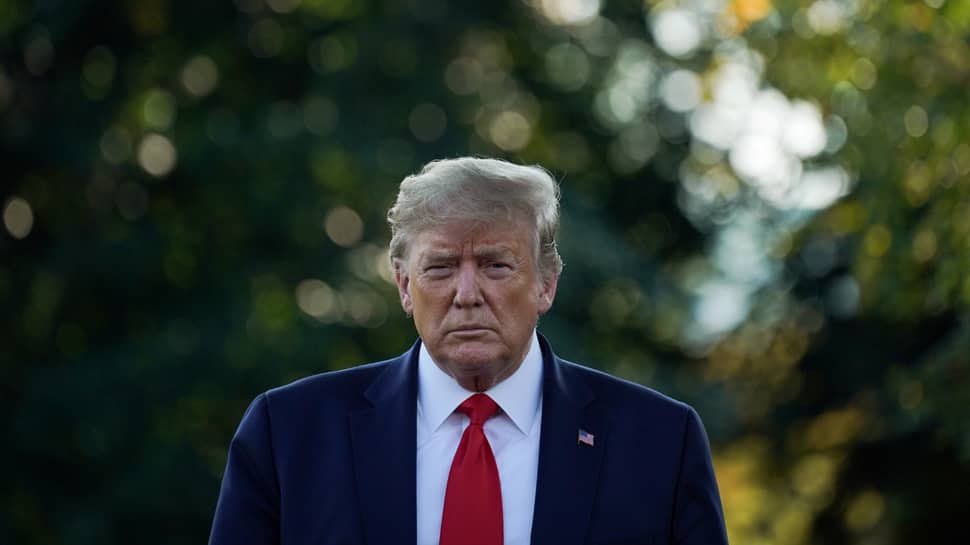 WASHINGTON: A US House committee is scheduled to vote on charges against President Donald Trump on Friday, setting up a likely showdown by the full House of Representatives next week that could make Trump the third president in US history to be impeached. The House Judiciary Committee had been expected to cast its impeachment vote Thursday night. But as debate stretched toward midnight, the panel`s Democratic chairman delayed the proceedings until 10 a.m. ET (1500 GMT) Friday, further incensing Republicans after hours of rancorous debate.

"The American people deserve to see the vote," House Judiciary Democrat Mary Gay Scanlon said after the change. The move pushed the panel`s review of the charges against Trump into a third day following heated debate along party lines as Democrats sought to defend their case that the Republican president`s handling of Ukraine - and his refusal to cooperate with lawmakers` efforts to investigate it - were an abuse of power and obstruction of Congress.

Republicans on the committee stood by the president and lashed out at Democrats as Trump sent a blitz of tweets and retweets highlighting his supporters` defence. "The Republicans House members were fantastic yesterday," Trump tweeted early Friday morning, adding that "the unity & sheer brilliance of these Republican warriors, all of them, was a beautiful sight to see."

Much of the impeachment focus has been on a July 25 phone call in which Trump asked Ukrainian President Volodymyr Zelenskiy to investigate Democratic presidential candidate Joe Biden and his son Hunter, who was on the board of a Ukrainian gas company. That is the basis for a charge by Democrats that Trump abused power.

Trump has also instructed current and former members of his administration not to testify or produce documents, leading senior officials like Secretary of State Mike Pompeo to defy House subpoenas. Democrats say that behaviour constitutes obstruction of Congress, forming the basis of the other impeachment charge. Trump denies any wrongdoing and has condemned the impeachment inquiry as unfair. His Republican allies in Congress argue that there is no direct evidence of misconduct and that Democrats have conducted an improper process that did not give the president an opportunity to mount his own defence.

The committee`s debate began Wednesday evening, and Democrats had expected to wrap up the hearing early Thursday night. But Republicans, led by Doug Collins, the top Republican on the panel, proposed a series of amendments that had no hope of passage that dragged proceedings late into the night. Republicans offered hours of remarks on their amendments, frequently repeating the same prepared commentary and often veering into other topics that ranged from natural gas drilling to the state of the economy.

"I want the members on both sides of the aisle to think about what has happened over these last two days and to search their consciences before we cast our final votes," Chairman Jerrold Nadler told lawmakers after 14 hours of debate. The scheduling change outraged Republican leaders, including Collins, who appeared shocked by the late-night announcement.

"This committee is more concerned about getting on TV in the morning than it was finishing its job tonight and letting the members go home. Words cannot describe how inappropriate this was," Collins told reporters afterwards. The articles of impeachment against Trump are expected to pass the along party lines, sending them to the full House for an expected vote next week on whether to send the charges to the Senate, where Trump would face a trial.

Senate Republicans, who control that chamber, are unlikely to find the president guilty and vote to remove him from office. Senate Majority Leader Mitch McConnell has said a trial could start in January, and late Thursday said that he would coordinate with Trump`s lawyers on whether to call witnesses. "You can certainly make a case for making it shorter rather than longer since it`s such a weak case," McConnell told Fox News.