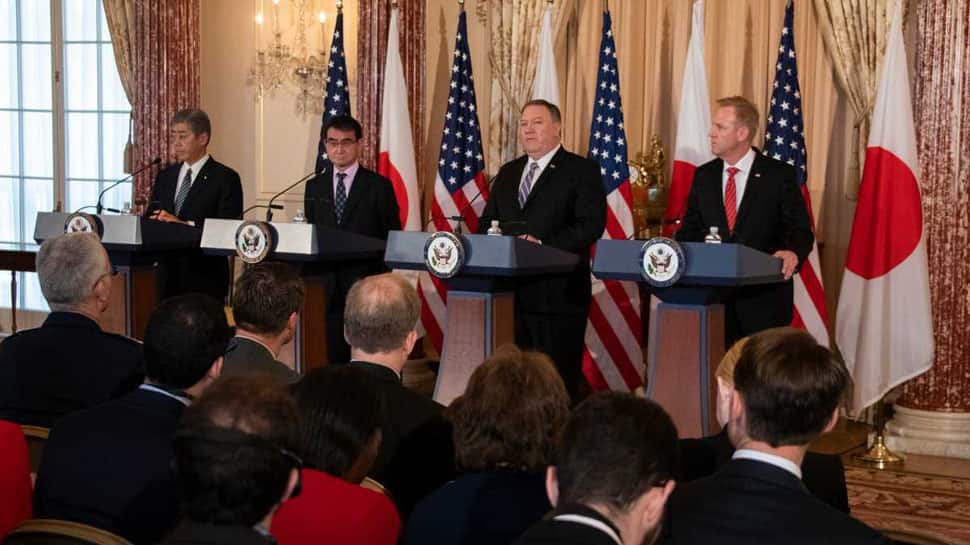 New Delhi: As part of a shared vision for Indo-Pacific, US and Japan have agreed to grow ties with India, along with countries like Australia, South Korea.

Speaking at the US-Japan 2+2 dialogue in Washington, US secretary of state Mike Pompeo said, "The United States and Japan will continue to advance trilateral and multilateral cooperation with other regional partners, notably the Republic of Korea, Australia, India, and Southeast Asian countries."

The focus of the statements was to increase engagement in the Indo-Pacific region.

India, Japan, Australia, the US have been engaging on the Indo-Pacific. The US in 2018 changed the name of its largest naval commands--the Pacific command-- to Indo-Pacific Command to give a boost to the growing concept while India has set up a separate Indo-Pacific desk in its ministry of external affairs. Washington, along with Canberra has announced a number of the infrastructure project in the region.