Major EU nations have joined the US, Canada and a group of Latin American countries in recognizing Guaido as the rightful interim ruler of the South American nation. 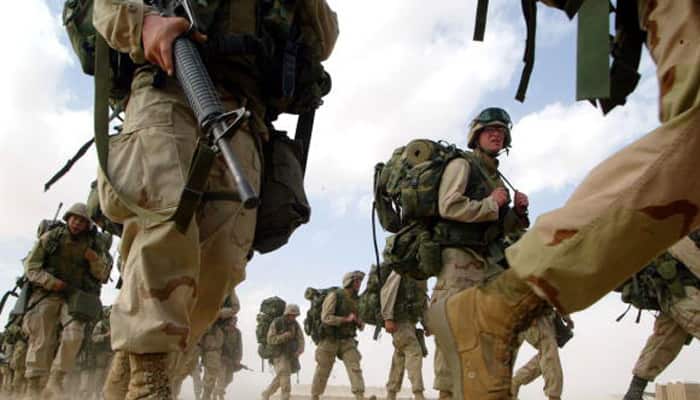 WASHINGTON: The US military is prepared to protect US personnel and diplomatic facilities in Venezuela if needed, the US admiral in charge of American forces in South America said on Thursday.

"We are prepared to protect U.S. personnel and diplomatic facilities if necessary," Navy Admiral Craig Faller, the head of US Southern Command, said during a Senate Armed Services Committee hearing.

He did not provide any details on how the US military might respond.

Venezuela’s collapse under President Nicolas Maduro, with the country plunged into poverty and driving some 3 million people to flee abroad, has forced nations worldwide to take a stance, particularly after opposition leader Juan Guaido declared himself president last month.

Major European Union nations have joined the United States, Canada and a group of Latin American countries in recognizing Guaido as the rightful interim ruler of the South American nation.

Faller said Venezuela had about 2,000 generals and the majority of them were loyal to Maduro because of the wealth they have amassed from drug trafficking, petroleum revenue and business revenue.

Still, he said, rank-and-file soldiers were starving "just like the population" of Venezuela.

"The legitimate government of President Guaido has offered amnesty, and a place for the military forces, most of which we think would be loyal to the Constitution, not to a dictator, a place to go," Faller said.

He added that the Venezuelan military was degraded.