The United States is in the middle of an expensive trade war with China in protest against Beijing`s treatment of U.S. companies, and tensions with Japan and the European Union over trade are simmering 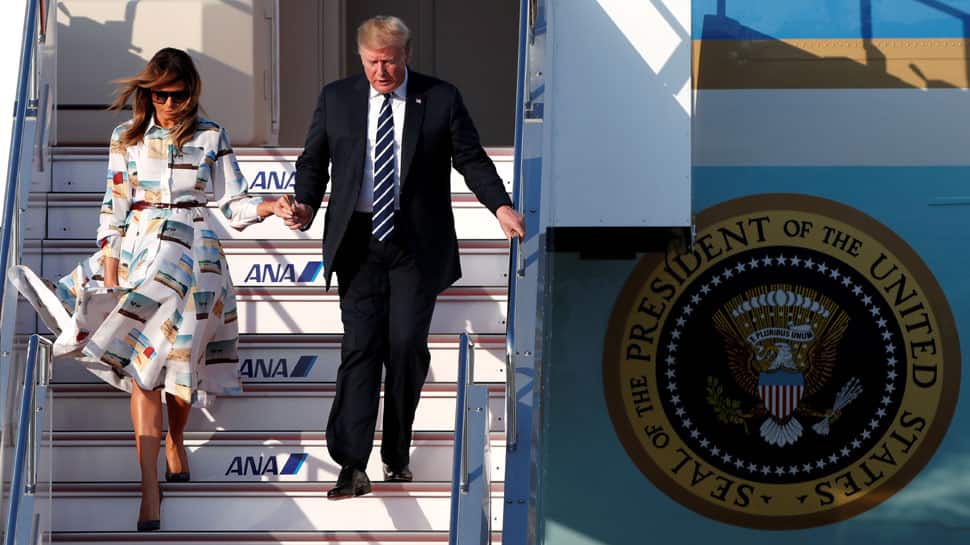 Tokyo: U.S. President Donald Trump and his wife, Melania, landed in Japan on Saturday on a largely ceremonial visit meant to showcase strong ties with Tokyo even as trade tensions loom.

Japanese Prime Minister Shinzo Abe will treat Trump to an imperial banquet and front row seats at a sumo tournament during the trip, which lasts through Tuesday.

The two men share a warm relationship, which the Japanese leader aims to emphasize as Washington mulls tariffs on Japanese auto exports that the Trump administration views as a potential national security threat.

The United States is in the middle of an expensive trade war with China in protest against Beijing`s treatment of U.S. companies, and tensions with Japan and the European Union over trade are simmering.

Trump and Abe are expected to discuss trade during talks on Monday, but officials have played down the possibility of a deal during the visit.

Trump will become the first foreign leader to be received by new Japanese Emperor Naruhito since he inherited the throne earlier this month. He made clear during an impromptu news conference on Thursday that he was flattered by the invitation.

After his arrival, Trump was due to meet with business leaders before retiring.

On Sunday, Trump and Abe are expected to play golf and attend a sumo match. On Monday, they will discuss North Korea`s nuclear and missile programs in addition to trade.

The epicentre was southern Chiba, southeast of the capital, the prefecture where Trump is due to play golf on Sunday.

No tsunami warning was issued and there were no immediate reports of damage.