US President Donald Trump held a news conference with outgoing Prime Minister Theresa May on Tuesday following a meeting at her Downing Street residence as part of his state visit to Britain. 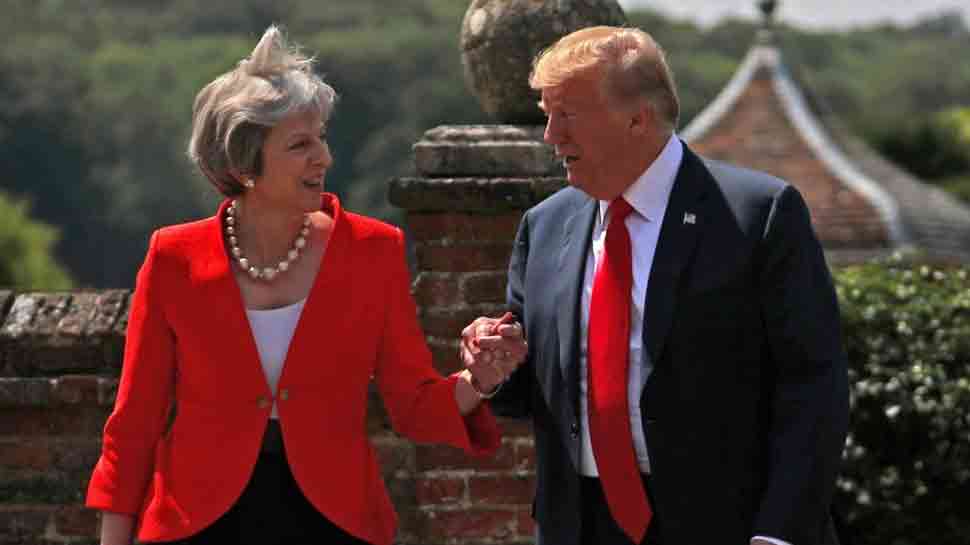 LONDON: US President Donald Trump held a news conference with outgoing Prime Minister Theresa May on Tuesday following a meeting at her Downing Street residence as part of his state visit to Britain.

Below are some of his comments:

"We are going to have absolutely an agreement on Huawei and everything else. We have an incredible intelligence relationship and we are going to be able to work out any differences. We did discuss it. I see absolutely no limitations, we have never (had) limitations, this is a truly great ally and partner and we will have no problem with that."

ON BREXIT:
"I would think it will happen and it probably should happen. This is a great, great country and it wants its own identity, it wants to have its own borders, it wants to run its own affairs. This is a very, very special place."

"I think it will happen and I believe the prime minister has brought it to a very good point where something will take place in the not too distant future. I think she has done a very good job. I believe it would be good for the country."

"As the UK makes preparations to exit the European Union, the United States is committed to a phenomenal trade deal between the US and the UK. There is tremendous potential in that trade deal - I say probably two and even three times of what we are doing right now."

"It was tremendous spirit and love, it was great love, it was an alliance. I didn`t see the protesters until just a little while ago and it was a very, very small group of people, put in for political reasons so it was fake news."

"The prime minister and I agree that our NATO allies must increase their defence spending, we`ve both been working very hard to that end ... We expect a growing number of nations to meet the minimum 2% of GDP requirement. To address today`s challenges, all members of the alliance must fulfil their obligations. They have no choice."

ON TARIFFS ON MEXICO:

"Every month those tariffs go from 5% to 10% to 15% to 20% and maybe 25% and what will happen then is all of those companies that have left our country and gone to Mexico are going to be coming back to us and that is OK, but I think Mexico will step up and do what they should have done."

ON CANDIDATES TO REPLACE MAY AS PM:

"I don`t know Jeremy Corbyn, never met him, never spoke to him. He wanted to meet today or tomorrow and I decided that I would not do that."

"I think that he is, from where I come from, somewhat of a negative force. I think that people should look to do things correctly as opposed to criticise. I really don`t like critics as much as I like and respect people that get things done."

ON THE STATE BANQUET:

"We want to thank her majesty the Queen, who I had a lovely dinner with last night. A fantastic person, fantastic woman."