US presidential election 2020: Which states are still counting votes and who is leading where?

The outcome of the US presidential election is still unknown on Thursday as counting of ballots is still on in several states. 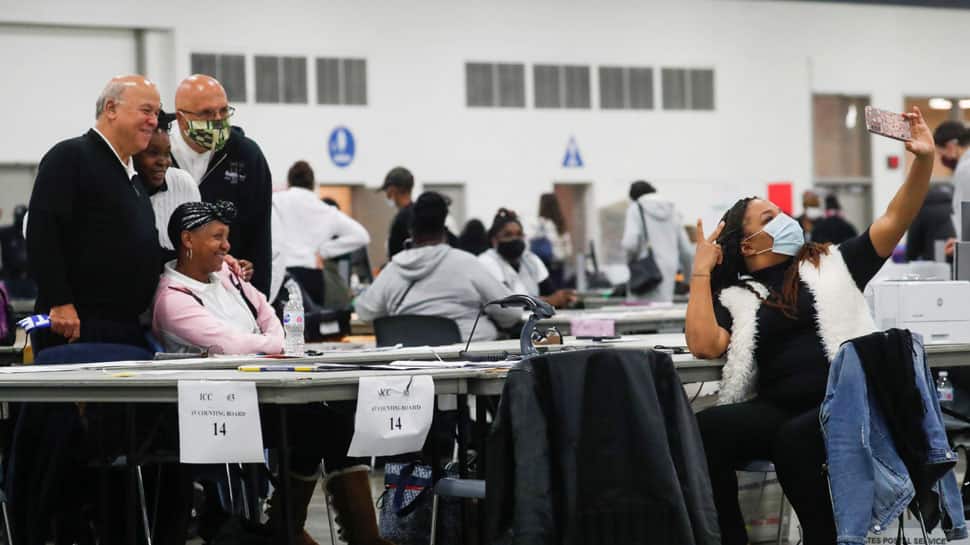 The outcome of the US presidential election 2020 is still unknown on Thursday (November 4) as counting of ballots is still on in several states, including some of the crucial battlegrounds where it is expected that the counting would continue for few more days.

At present, Democratic nominee Joe Biden is leading over Republican President Donald Trump with 264 to 214 electoral votes. Biden is now just 6 electoral votes away from winning the election as the magic mark to form the new government in the US is 270 electoral votes.

Trump has gained a comfortable lead here and is currently ahead by 62.9% to 33%. It is expected that Trump will win from here though just 56% of the expected vote has been counted.

Biden is in the pole position in Arizona and the Associated Press and Fox News have already called the state for Biden. With 86% of the expected vote counted, Biden is ahead of Trump with 50.7% votes, according to Edison Research.

Trump has taken a slender lead here but ballots of several of the large counties with huge support for Democrats are still to be counted. With 95% of the expected vote counted, Trump is leading with 49.7% versus 49% for Biden.

Maine is one of two states in the US that divide their Electoral College votes between the winner of the popular vote in state and the winner in each of its congressional districts.

Edison Research has allocated Biden two votes as he is leading by 53.8% to 43.2% with 87% of the state's expected votes counted. It also called the 1st Congressional District for the Democratic candidate, giving him a third electoral vote.

Trump is currently leading with 51.4% to 45.1% votes in the state's 2nd Congressional District. The Associated Press projected Trump the winner of the state's fourth vote on Wednesday.

Edison Research data shows 86% of the expected vote have been counted and Biden's lead only 49.3% to 48.7% for Trump. It is expected that the remaining votes - largely mail-in ballots - would be counted by 9 a.m. PST (1700 GMT) on Thursday.

Here the margin between Biden and Trump is less than 2 percentage points with Trump grabbing a lead of 50.1% to 48.7% for the Democrat. Around 95% of the expected vote is counted here.

The Trump campaign announced on Wednesday it would seek recount of votes in Wisconsin, as the margin between Trump and Biden is less than 1 percentage point.