US prosecutors say no leniency needed for Trump ex-aide Manafort

The recommendation from Mueller increases the likelihood that Manafort will spend the rest of his life behind bars. 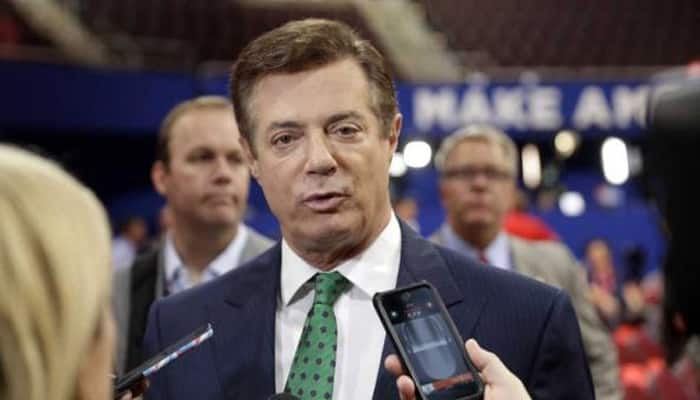 The recommendation from Mueller, who is investigating Russia`s role in the 2016 U.S. election and whether Trump`s campaign conspired with Moscow, increases the likelihood that Manafort will spend the rest of his life behind bars.

Manafort pleaded guilty in a federal court in Washington last September to conspiracy against the United States - a charge that includes a range of conduct from money laundering to unregistered lobbying - and conspiracy to obstruct justice for attempts to tamper with witnesses. He can be sentenced up to five years for each count, for a statutory maximum of 10 years.

While Mueller did not recommend a specific sentence he portrayed Manafort as a "hardened" criminal who was at risk of repeating criminal behavior if released from prison.

As part of an earlier plea deal with Mueller, the special counsel dropped five other charges and Manafort agreed to cooperate with prosecutors. But Mueller`s team in November accused Manafort of violating the agreement by repeatedly lying to prosecutors on subjects including his interactions with a business partner they have said has ties to Russian intelligence. The judge this month ruled Manafort had breached the deal.

"For over a decade, Manafort repeatedly and brazenly violated the law," Mueller`s office said in a sentencing memorandum released by the court on Saturday.

"His criminal actions were bold, some of which were committed while under a spotlight due to his work as the campaign chairman and, later, while he was out on bail from this Court."

Manafort, a 69-year old veteran Republican political consultant who earned millions of dollars working for pro-Russian politicians in Ukraine, faces up to 25 years in prison under federal sentencing guidelines in a second case in Virginia in which he was convicted last year of financial crimes.

Trump has not ruled out issuing a pardon for Manafort, who worked for the campaign during five pivotal months in the middle of 2016 including during the party`s national convention.

But the Manhattan district attorney`s office is pursuing criminal charges against Manafort which would be outside of Trump`s pardon power for federal crimes.

So far, 34 people and three companies have pleaded guilty, been indicted or otherwise been swept up into Mueller`s inquiry. Russia denies trying to interfere in the 2016 presidential election and Trump says his team did not collude with Moscow.

A senior U.S. Justice Department official said on Friday that Mueller will not deliver a long-awaited final report next week, amid expectations that the document was imminent.

Judge T.S. Ellis, who oversaw Manafort`s trial in Alexandria, Virginia, will sentence him on March 8. He will be followed by Judge Amy Berman Jackson, who will decide on March 13 how much of the 10-year statutory maximum to give Manafort in the Washington case and whether her sentence will run concurrent or consecutive to his punishment in Virginia.

Renato Mariotti, a former federal prosecutor in Chicago, said he expected Jackson to take her cue from Ellis. If Ellis goes easy on Manafort, Jackson will likely run her sentence consecutively to ensure a lengthy prison term, he said. "I don`t have any doubt she is going to give him a significant sentence," Mariotti said.